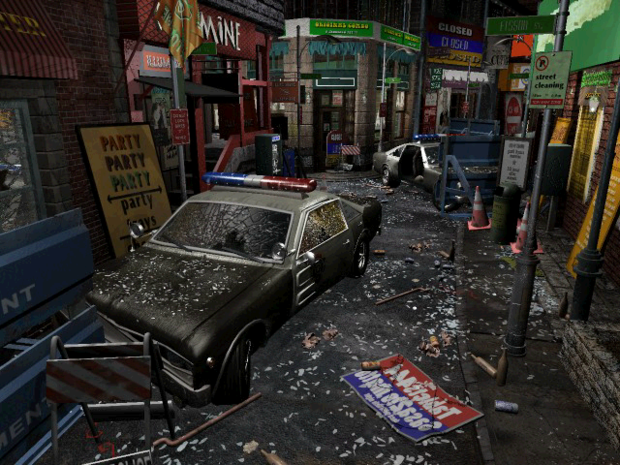 Over a period of twelve years, the Biohazard (バイオハザード) series has seen many changes.  One of the biggest being the switch between pre-rendered and rendered backgrounds.  As the years pass and technology moves forward this method of development is becoming obsolete. Some of the best work to showcase the technology it is seen in the Biohazard series.  Though Biohazard (GameCube) would be considered the technical benchmark, Biohazard 3 Last Escape is highly forgotten in the bunch.  Being the final first generation title in the series, Last Escape features some of the most highly detailed backgrounds in the series.  For those who are unfamiliar, Biohazard 3 Last Escape stars Jill Valentine in a final escape from Raccoon City. Being set in the streets of the city, various details that attribute to the mood are important to the sense of realism. While our findings may poke fun at various bloopers, we are still blown away at just how much detail was put into this beautiful and under-appreciated Biohazard game. Join us as we delve a little bit deeper and bring you findings that are easily overlooked by the naked eye.