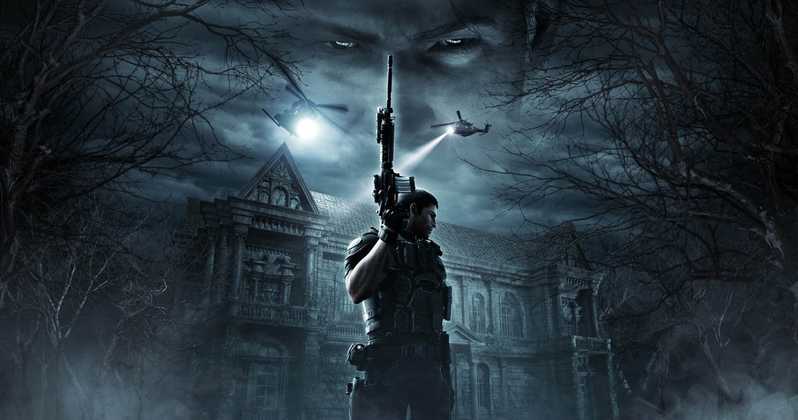 Resident Evil: Vendetta debuted in Japanese theaters on May 27, 2017. Marking the franchise’s third foray into CG films (and 9th overall, when including the live action series), Vendetta takes place between Resident Evil 6 and the recently-released Resident Evil 7, bringing back film franchise superstar Leon S. Kennedy, along with former S.T.A.R.S. duo Chris Redfield and Rebecca Chambers, who both make their debut on film.

A collaborative effort between Capcom and Sega-owned CG production studio Marza Animation Planet, the production staff for Vendetta has an impressive collective pedigree in horror and science fiction animation. The screenplay is written by Makoto Fukami (Psycho Pass, Ultraman X), directed by Takanori Tsujimoto (The Next Generation) and executive produced by horror filmmaker Takashi Shimizu (Ju-on, The Grudge). The composer for the film’s excellent soundtrack is Kenji Kawai (Death Note, Ghost in the Shell). On the Capcom side, Hiroyuki Kobayashi (Resident Evil 6, Dragon’s Dogma) served as a supervisor.

When the film was announced in late 2015, Capcom billed the film as a “reboot” of sorts that would place more emphasis on horror. The “reboot” remark generated some confusion early on regarding the story, but “reboot” ended up referring to an increase in the quality of the CG design. The first two CG films, Resident Evil Degeneration (2008) and Resident Evil Damnation (2012) were produced by a different studio, Digital Frontier, andwere decidedly action films with very few horror elements.

Stylistically, Vendetta is a considerable departure from its predecessors. While the first two films had one primary setting taking place in a very short timespan, Vendetta is more prolonged, taking place across four months in five different locations in Mexico and the United States. The story moves from location to location at a good pace; with the exception of the very first moments of the film, the time spent in one location is never too long or too short. The film makes good on its increased emphasis on horror. There are dark, spooky and quiet moments in the first 15 minutes of the film that artistically resemble both the Resident Evil remake and the Lost In Nightmares DLC in Resident Evil 5. The second half of the film shifts back over to the action, much like the first two CG films, but with things dialed up a few notches with fancy John Wick-inspired martial arts choreography and a few scenes that remind me of Resident Evil 6 (perhaps the ideas in that game are better suited for a film than a game, but that’s another discussion entirely).

While Degeneration had given Leon and Claire more or less equal focus, Damnation was decidedly overly focused on Leon and Buddy at the expense of Ada. Meanwhile, neither film gave much time to develop their antagonists, Frederick and Svetlana. With Vendetta, the character development is better distributed among the larger cast, with Chris and the BSAA getting the most screen time and driving the plot forward. Chris is in a decidedly better position than in Resident Evil 6 and is a universally positive force in Vendetta.

Rebecca, back in the spotlight for the first time since Umbrella Chronicles nearly a decade ago, puts her medical science knowledge and surprising levels of clairvoyance to work, allowing the story to finally explore an element that’s only been relegated to the background in the games: the creation of viral cures. Rebecca has always had a certain unique charm to fans, and they shouldn’t be disappointed by her portrayal in Vendetta.

Leon takes a backseat and is absent for most of the first half, which does introduce a few problems. Leon is actually Vendetta‘s opening character, but he has an entire background plot that is not shown at all when it could easily have been. Once he’s brought in, Leon takes his place alongside Chris in driving the movie to its end, while overcoming new problems we’ve never seen him deal with. Leon also compensates for his shorter screen time by getting all the flashy stunts, particularly with the Ducati motorcycle, but his off-screen story being in the film would have been a very positive contribution, even if it would make the film a bit longer than two hours.

Where Vendetta really shines above its predecessors is the character development of the main villain, Glenn Arias, a skilled fighter (almost Wesker-like, in fact) and arms dealer who sabotages Chris’ mission in Mexico (hence the subtitle, Vendetta – this film is about Chris and Arias’ mutual desire for revenge). The film gives viewers a fairly thorough look at Arias’ past and present motivations, and while we don’t get to learn every little detail about him, we know enough for a movie that’s only about 95 minutes long.

Unfortunately, the focus on the three series protagonists plus Arias results in very little time spent on the background cast, such as DC, Damian and Nadia, the three BSAA members on the Silver Dagger team headed by Chris, or Maria and Diego, Arias’s henchmen. These characters, plus a handful of others, are hardly explored, which is particularly unfortunate for the latter duo as they seem to have significant connections to Arias that are simply never touched upon..

Screenshots of Vendetta released throughout fall 2016 instilled worry among fans because the “high quality CG” Capcom and Marza were touting was decidedly unphotogenic. The face models for Chris and Leon appeared off, with odd proportions and facial expressions. However, I’m happy to say that the CG graphics and animation are definitely top notch and look much better in motion. The detail of the characters’ faces and the environments look somewhat realistic, but also stylized to a certain degree. A lot of effort has been put into having realistic facial expressions, including subtle elements like eye blinking. It’s a large step beyond Degeneration‘s lifeless, squeaky-clean visuals, while further improving upon the advancements made with Damnation.

The soundtrack for the film was composed by Kenji Kawai, a reputable film and animation composer who previously worked on properties such as Ghost In The Shell and Ring. Kawai clearly brought his A-game to Vendetta with a fully orchestrated soundtrack that strongly mixes elements of melodrama and dramatic action – think a mix of Resident Evil Revelations or CODE: Veronica on one hand and a bit of Resident Evil 5 on the other. The melodies are very appealing, and make what would be ordinary action scenes much more impacting. Vendetta may actually have the best Resident Evil soundtrack in recent years, which says less about the games and more about Kawai as a top-class musician. The soundtrack can be purchased for a mere $9 on Amazon – well worth the money.

The Resident Evil series has been derided for its iffy voice acting in the past. Even recently, Revelations 2 received a mixed reception and there were some qualms about Ethan in Resident Evil 7. I feel confident to say that voice acting in Vendetta is top notch. A point of contention is the voice actor for Chris. The immensely talented Roger Craig Smith has voiced Chris since Resident Evil 5 and has been instrumental defining Chris’ modern personality. Smith has been replaced by Kevin Dorman, who is actually reprising his role as Chris from Umbrella Chronicles. The great news is that Dorman does an amazing job bringing his own sound and talent to the table while still allowing Chris to be recognizable to fans; Chris does sound a bit younger than his recent outings, but the impact of this is minimal and not negative at all. Matt Mercer reprises his role as Leon, and he’s actually my favorite rendition of the character. Mercer stays in character for most of the film, but there is one scene in which Leon is absolutely furious; Mercer nailed the scene and showed us a different side of Leon. Erin Cahill (who played Jen Scotts on Power Rangers Time Force) plays Rebecca Chambers for the first time, and admittedly this took some getting used to. Rebecca’s voice has never been consistent from game to game and actress to actress, but Cahill’s Rebecca settles in during the second half and is a great fit given how many years have passed since her last appearance. Arias is voiced by John DeMita, and he too does an amazing job at making Arias an unpredictable, cold and calculating villain. Arias has the widest range of emotions in the film, and DeMita nails them all solidly.

Given how Resident Evil 7 went back almost entirely to horror elements with a new cast, Vendetta was refreshing and fun while not eschewing any series history. It focuses on the best aspects of Chris, Leon and Rebecca’s personalities and backgrounds, offers a respectable series-like villain, and presents a better, more natural mix of horror and action than Resident Evil 6 could ever have dreamed of. Those who’ve never liked the Resident Evil universe won’t have any reasons to give Vendetta a watch, but for fans, it’san enjoyable and entertaining film.

Resident Evil: Vendetta premiered in cinemas in Japan on May 27, 2017. In debuts in North America on June 19, 2017 for one night only in select theaters. It will be available on digital download outside of Japan beginning June 20, 2017.