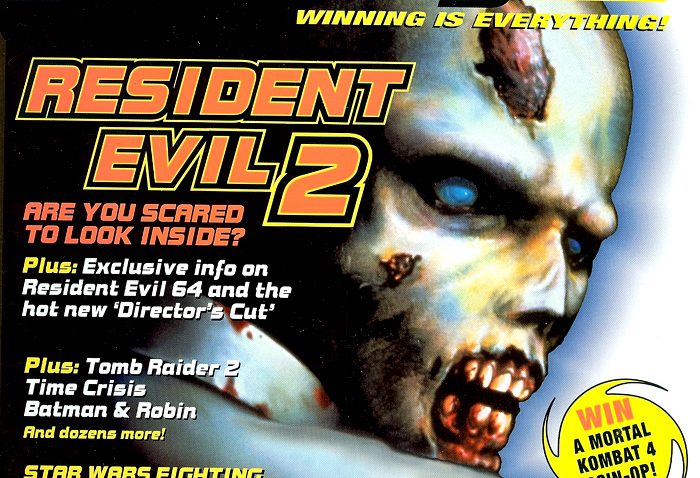 Tokyo Game Show 1996 – Biohazard 2 is first announced, set for a holiday season 1997 release. In the very first images, two characters are shown in an overwhelmingly bluish RPD; Leon S. Kennedy and Elza Walker, two characters that would never meet in any playable version of this game. From this period on until the titles ultimate demise, various forms of media was spread through out the game world. This is a small collection of U.S. gaming magazine articles I’ve preserved over the years.