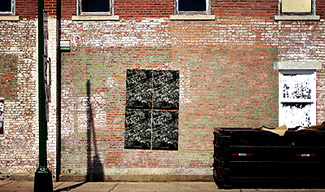 In March of 2009 Biohaze was invited by Capcom to compete in the Kijuju Competition to promote Resident Evil 5. In a fun competition with friend websites, Biohaze won the challenge by scoring over 400 photos in New York City, San Francisco and Los Angeles. The site secured the following prizes below.

Capcom has been kind enough to invite Biohaze, along with a handful of other fan sites, to participate in an upcoming competition for Resident Evil 5’s release.

Directions: Biohaze members must post pictures of the various wild postings (Kijuju Posters) found in designated cities. Capcom suggests striking a special pose for the pictures so other sites do not take your find, and claim it as their own. Please take these images while holding a sign with the “BIOHAZE” name on it.

The site with the most unique findings wins!

The total number of wild postings will be tallied from each site at 12pm PST on January 27th.