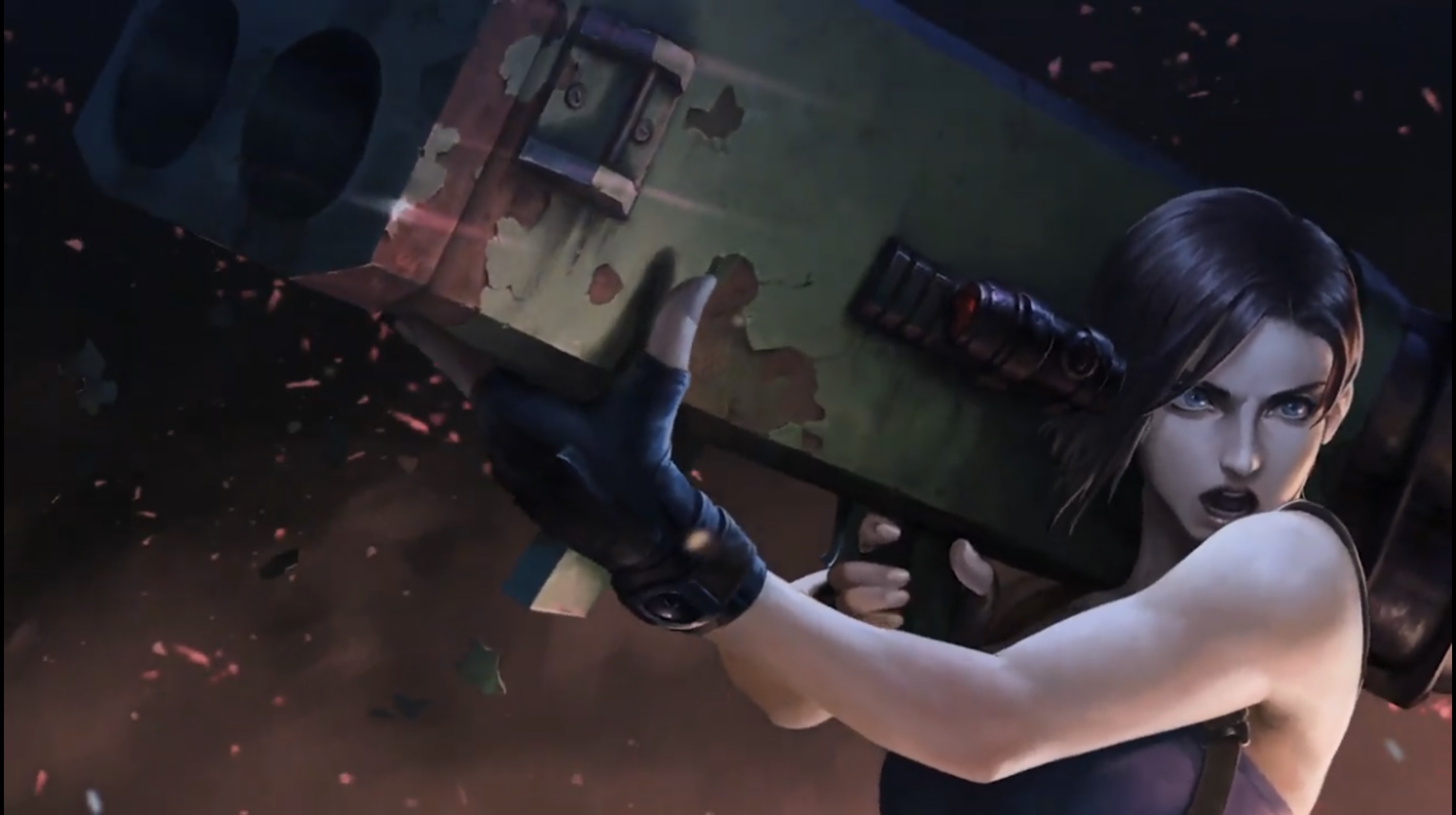 Forged on the zombie-infested streets of Raccoon City, Jill Valentine arrives in TEPPEN ready to defend against the Day of Nightmares. Armed with three unique new Hero Arts, the heroic STARS member will stop at nothing to solve the mysteries of the Land of Illusion. Download TEPPEN free now on iOS and Android, and add Jill Valentine to your roster of legendary Capcom Heroes beginning on 8/8/19. And be on the lookout for the Day of Nightmares pack expansion this September.

From Capcom and GungHo Online Entertainment comes a unique collaboration to shake up the card game genre, TEPPEN. Combining Capcom icons, fast-paced gameplay, and real-time strategy, TEPPEN is the Ultimate Card Battle. Travel to the Land of Illusion in an original story, battle with friends, or rise to the top in one-on-one fights for complete dominance in ranked matches.

It’s fun to note she is in her Resident Evil 3 outfit. Full story screen captures have been posted on the forum, discuss the reveal and story here.