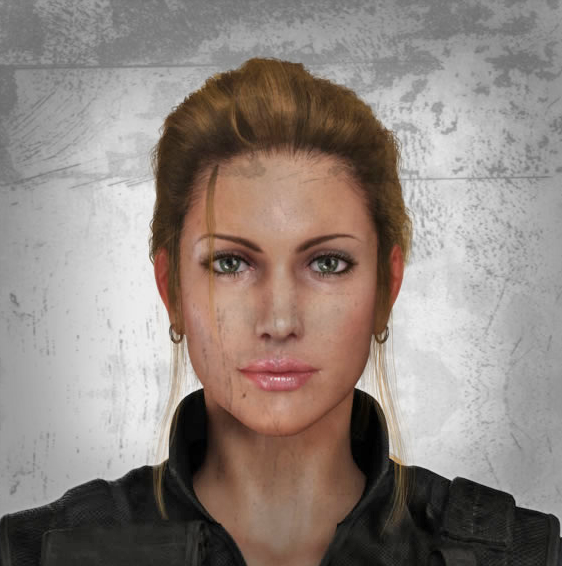 Today I saw the pictures. The picture that was uploaded on the TerraSave homepage. It was a picture of the victims from the clinical test WilPharma conducted. Why would they conduct something so horrible? Why didn’t someone stop it before it got so out of hand? This obviously goes beyond a clinical test. If what’s seen in the pictures is real, WilPharma can not be forgiven. Even it was a legal test. According to TerraSave’s website they are going to get help from the International court should the US government not investigate and punish WilPharma.

I’m wondering if I should have paid more attention to your father’s words… When your father thought WilPharma was a problem… But I have to know the truth. Why did WilPharma have to do the test in India? Why are they being silent about it?

The Chief called to talk to me. Apparently, someone informed him about me investigating into WilPharma. I knew this would happen. They don’t think well of me since your father went to WilPharma and got arrested. They don’t like me, the sister of a criminal, being a Police Officer. I don’t care about their childish actions in an attempt to make me feel bad. I don’t care if they mess with me, but its a different story when they mess with my subordinates. Its absolutely out of the question. They all knew when they joined my team, knowing I wasn’t liked, that their promotions wouldn’t happen and they were fine with it. I’m happy they are on my team but they have family and they deserve their promotion. I absolutely don’t want to put them under because they are kind enough to like me. Curtis wanted WilPhama to clear some up things up about their facilities. I don’t feel Curtis was wrong for wanting that. However, It’s true that what he did was inappropriate. Its not surprising he got arrested for his actions. If I were to believe otherwise I would not deserve to have my job.

Developing medicine costs a huge amount of money. It also takes a long time. Researchers start with researching the chemicals, they then repeatedly experiment with animals until they find the medicines that are safe enough to be used for clinical tests. It costs about 10 billion and takes about 10 years—-

The investment is worth it. Of course there are financial risks. The less risks the better. Everybody is trying to spend less time and money to reduce these risks. They find doing clinical tests overseas is cheaper. Especially Asia. One company’s website has stated that Asia is not only cheaper but has a lot more people to work with. This is not in just WilPharma’s case. This is seen in other pharmaceutical companies as well. Since so many other companies are doing clinical tests should a incident like WilPharma’s occur it affects several other companies; therefore, it makes sense for them to be quiet about it. Because so many other companies are doing the same clinical testing, we can not place all the blame solely on WilPharma.

Did Curtis know something?

WilPharma is still being silent. In this town people don’t even mention this subject.

I went to Washington D.C. on my day off. An old friend networked me to someone who was in charge of the development department of a pharmaceutical company. According to him, it’s rare for a mass side effect outbreak to occur like the in WilPharma’s case. He couldn’t deny the possibility that it could happen. In fact, there was a mysterious case that occurred when he was new at a Pharmaceutical company. He hesitated to talk details about the case. I asked, as a joke, perhaps the medicine (one that they tested on when the mysterious case happened) is actually sold at the drug stores now. He just smiled bitterly.

Apparently, people in pharmaceutical industry often talk about WilPhama. It is obvious that the companyís existence is in danger after the accident was revealed, though still there might be some other reason for them to be silent.

Some people heard a rumor that WilPharma signed a top secret contract with the Pentagon. Though it was just a rumor after all, and they never heard anything else about it.

I stopped by at the Kato’s bar. He kept saying that his bar is almost broke with his accented English.
He hasnít changed since I saw him last time at all. I met an interesting guy while I was there. His family is from Mexico, and apparently they are one of the millionaires there. He said proudly that he has visited over 132 countries. He currently is working as a driver who drives abandoned rented cars back to the offices. I get paid for traveling all around the States, he said. I asked if he has seen your father by any chance, but he flatly said no. Of course he hasnít.

Some people have been arrested today. 6 college students, who came from the East attempting to accuse WilPharma, got into an argument with a carpenter while they were having some drinks, and it turned into a fist fight.

It is not a big city here. It might not sound fair for these college students, but accusing WilPharma here in this town is not a good idea. WilPharma is something people here would admire but not accuse; it was the company which brought hope and wealth to this small, old town that was almost dying 10 years ago.

The economical influence that Wilpharma is bringing to this town is vast. No matter how Davis has some problems with his personality, he will be selected on the next election again as the representative of the town and go to Washington.
This town has been changed a lot. Almost everything has changed since your father and I had spent our youth. I am wondering, where could your father be now?

There has been some news about the town today. It seems like they are doing the memorial service this year again. But it is a small event before winter begins, and it is in a different town that is 100 miles away. They have still kept the town closed. I heard the congress has been researching the town, but we survivors donít even know for sure if they will inform the results.

It has been 7 years now. Life keeps changing, but I still remember the days we spent together so clearly as if it was just yesterday.
Iíve got a phone call from an old friend today. Apparently our mutual friend told him that I was visiting D.C. Now he has settled down and has three daughters. He told me that I should accept what happened in the past and start searching for my own happiness. Maybe he is right and I havenít completely got over with my past yet. But how could I just get over with it when I donít know any of the truth about what happened? I just canít do that. I canít just pretend that I am fine with it.

I brought a real estate agent to your house, to have an assessment.

But I ended up deciding that I canít do it.

I will sleep in your bed tonight, like I used to do.

I could finally meet a guy from TerraSave today. He is the guy who was the secretary general when Curtis was still working here for them. I never liked him, for he always acts as if he thinks he is really smart, but I thought he would know the details about the clinical testing that WilPharma conducted in India. But he somehow mistook me as a spy or something that was sent from the Harvardville police. He knows that for us, people who are against WilPharma, it is hard to live in the town of Harvardville.

He knows it is such a closed town for people who have different thoughts.

So he thought now that the police don’t like me after my brotherís action, I am trying to show off what I got to them by going up and asking some questions to TerraSave, which Wilpharma’s biggest enemy. I couldnít ask any questions that I really wanted to ask. What am I doing here?

I went out with SRT members tonight. Part of it was for the new member who just joined our team.

Greg said something he always says when he is drunk.

What Curtis did was a bit too much, but he did the right thing.

If I lost someone important like he did, and know that it might happen again, I would do whatever it takes to stop it, whether I am in danger of getting arrested or not. If going up to talk to someone that is causing it is the only way, I would do that, too, as he did.
For the people in this town, Curtis might be just another alcoholic who goes into fights with anyone he doesnít like, but I remember him as a decent doctor. It wasnít the best subject to talk about in front of the new comer, so I didnít continue. But it felt good to know that there is someone who still believes in him.

I got a phone call from the TerraSave guy. He told me that he saw Curtis. He just passed by him, but he was sure that it was Curtis. He saw him going into the Savoy Hotel in Chicago. I ended up yelling at him that there wonít be any other place besides here that he would come back.

Curtisís name was not on the hotel’s guest list. Although a housekeeper there looked at my photo of Curtis and told me that she saw a guest who looked like him. He was staying in the room number 1438.I went back to the reception desk. The address of the man who stayed in room 1438 was from St. Louis. But when I looked it up, I found that the address doesnít exist in St. Louis. I donít know what I am after.

I received a letter from your friend this morning. Do you remember the young guy named Forrest?
He wrote you the letter because the name ďHarvardvilleĒ,which he heard while listening to the news of the accident by WilPharma, reminded him of you. He said he moved to Chicago a year after you left the town. Sadly, I didnít know him. He said his dream is to be a doctor, like your father.

He is going to come visit this town at the end of the year with his friends. I am trying to forget everything for now by reading the letter over and over again. I am thinking of the part of you that I didnít know, because it makes me happy for a short while.

I didnít exactly know what his business was, but he came into the office with a furious look, so I am assuming probably he wants us to protect the WilPharma buildings or his own resident more carefully or something like that.

The town has lost its calm after the case of the clinical testing was stated as one of the three biggest networks. I heard a rumor that TerraSave is holding a big demonstration soon.

Weíve been having meetings one after another. TerraSave is planning on a demonstration before the National Medicine Conference which is now a week away. The chief has been very nervous about it. Some people in the town still keep being silent, like they donít care at all. No matter how the mass media makes it a big thing, it doesnít seem like it bothers people here at all. Only thing they need to do is to shut down all of the information. Thanks to them, my job as a police officer is done for today without incident.

This town is safe as always.