Chances are you are confused or in the dark regarding something related to Biohazard. Why not then ask another fan? Put any questions here, simple or complex, and see if someone in the community can help.

If you have any questions regarding viruses or monsters, I recommend checking these threads first, and perhaps asking there instead:

I see some of those threads transferred over today, very nice. Is @Evil Resident around yet? Love those analysis.

Cindy B said:
I see some of those threads transferred over today, very nice. Is @Evil Resident around yet? Love those analysis.
Click to expand...

For a while now I've been adding on to and fixing up my Virus Analysis series. This new version is more complete, comprehensive, and clear. I don't have the time currently to repost it all, but instead here are some links to where you can read them, for now. To those of you who don't know... 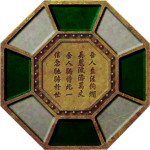 Does anyone know about the meaning of chinese writing?

Sadly no, we need a high-res picture of the Neo-Umbrella logo. With any luck there's one in the PS4 re-release of the game.

The virus links are broken on my end.

RipvanX said:
The virus links are broken on my end.
Click to expand...

Were you using the original links? Those go to the old Biohaze, so they don't work anymore.
Try here instead:

For a while now I've been adding on to and fixing up my Virus Analysis series. This new version is more complete, comprehensive, and clear. I don't have the time currently to repost it all, but instead here are some links to where you can read them, for now. To those of you who don't know...

The single most important plot point in the series and the backbone of the Biohazard story, it is literally difficult for me to exaggerate the importance and potential of the Progenitor Virus. It can make, remake, and destroy all life, and all the fantastical science behind the monsters and...

The most iconic, widely known, widely used, and most referenced virus in the entire series, the Tyrant Virus AKA t-Virus (sometimes capitalized) revolutionized modern warfare in the same fashion gunpowder did. While t-Veronica is technically a t-Virus, this analysis will focus on Umbrella's...

The crowning achievement of William Birkin, and the second most iconic virus in the series. The Golgotha Virus, or simply the G-Virus or G, was the first artificial virus to tap into the true potential of Progenitor, while the t-Virus merely scratched the surface. Overview Lisa Trevor The...

Alexia Ashford, using her unnatural intelligence, created the Tyrant-Veronica Virus using Progenitor, queen ant genes, plant genes, and another ancient virus. It is a t-Virus exclusively due to it being developed under the t-Virus project, and it is based on Progenitor, not the t-Virus created...

The magnum opus of Albert Wesker, the Uroboros Virus is the closest any virus has gotten to unlocking the potential of Progenitor to achieve immortality. The Virus was named after Ouroboros (Uroboros is an alternative spelling), a symbol with origins in 14th century BC Egypt. Ouroboros is the...

The most tailored virus in the series, the Chrysalid Virus successfully weaponized both the G and t-Veronica viruses (the former was incomplete, and the latter was not created for the purpose of bioweapons development) in one recombinant strain. It was able to compete with Las Plagas, and it's...

The Tyrant-Abyss Virus is a marine bioweapon capable of creating powerful aquatic mutants. Developed under the University of Montpellier, TRICELL, and the FBC, it was responsible for the Terragrigia Panic. It is rarely used itself due to being a massive environmental risk under certain...

The Tyrant-Phobos Virus was developed by a research team under Alex Wesker on Sushestvovanie Island, for the purpose of singling out mentally strong individuals, creating super humans, and for B.O.W. development. This Analysis repeatedly references "t-Wesker", Uroboros, and the t-Virus. I...

After the G-Virus was recovered from Raccoon City by HUNK, Umbrella continued to experiment with it. The corporation failed to complete the virus without Birkin's knowledge, and it was too unstable to create practical B.O.W.s. Instead, it was used in a less direct manner. Genes from G and the...

Created under Glenn Arias as a part of his vendetta, the Animality Virus or A-Virus allows the user to control how an outbreak will spread. Very special thanks to @TheBatMan for providing invaluable information from the Vendetta novelization. Background Black market arms dealer and former...

The Kodoku Virus was a part of a bioweapons research project led by Alex Wesker. She performed this research on the island Sonido de Tortuga, the place having been the site of a facility owned by Spencer. It was from here she was instructed to create his immortality virus to stave off his death...

The Tyrant-Howard Virus (tentative) was an advanced strain of the t-Virus created by former Umbrella researcher Ryan Howard in an effort to revive his son. Due to manipulation from Mary Gray, it's purpose shifted towards bioweapons development. Very little (essentially nothing) is outright said...

Las Plagas (meaning Plague or Pest) is a parasitic animal with insect and plant characteristics which is capable of controlling the behavior of it's host organism. It is capable of creating B.O.W.s with intelligence and controllability with greater ease than the t-Virus. Overview Biology...

The Mold is currently a mystery, with no definate origin yet revealed. We don't even know what it's called. Some have expressed frustration trying to understand it, while others have gone so far as to dismiss the idea of trying to take it seriously. I've heard similiar statements made towards...

I found an answer to the meaning of the chinese writing on neo-umbrella's logo.

" Our career is glorious and splendid, like the waves with extreme heights.

We're proud of this belief and, with dependence upon it, stride around the world. "

I got another question though; so ı was browsing through the re6 part of batman's re timeline essay and apparently liz's father's name is " robert " . Is there a source for that? I checked the wiki and ı found this info instead:

" This character is named "Robert" in the BradyGames strategy guide, though no name has been confirmed by Capcom Japan so far. Officially, he's referred to as "university staff member". "

Can anyone who played the game with japanese subtitles and language confirm this?

The only source for Robert is the Bradygames guide. In the Japanese script he is simply referred to as リズの父親 'Liz's father'. I'm happy to go with Robert in this case because it is simply easier to write and sounds better to read than 'Liz's father' all the time, and more importantly, it has zero consequence with the story so it really doesn't matter.

I do actually check these things believe it or not.

Can ı ask why chris isnt equipped with a samurai edge in recv? I mean he has his samurai edge in prelude to the fall and umbrella's end scenario which makes me believe that he didnt lost his handgun when running away from cerberus at the intro of remake. ( The canon story is a combination of chris' and jill's. )

Did jill obtain his handgun somewhere ( Most likely from his hideout which is shown in jill's re3 epilogue. ) then give it to him when she found chris?

I dont remember if there's an explanation somewhere at a file or at a guidebook.

Does anyone know a source that shares the soundtrack somewhere?

I cant find the theme on youtube, ı know it kinda comes back in biohazard the stage but ı wonder if a video dedicated to the theme is uploaded?

mert20004 said:
Can ı ask why chris isnt equipped with a samurai edge in recv?
Click to expand...

If it was only ever given a special name for RE3 then it's possible the Dreamcast team just didn't share notes.

Mocata said:
If it was only ever given a special name for RE3 then it's possible the Dreamcast team just didn't share notes.
Click to expand...

I guess. Recv probably should had been more connected to re3 storywise then; when it comes to small aspects like that.

Does anyone know who is the writer of re3 " remake " ?

So ı was checking jill's page in project umbrella site and ı've came across this statement.

" She stated that her motive for joining was being unable to forgive evil that threatens civilians, but she also wanted to "experience the true feeling of life." "

Is there a source for this? Especially the " experience the true feeling of life " part? I think it's stated at a guidebook somewhere but ı wonder which one.

This is the source:

Before excella mutates into uroboros aheri; you'll see a lot of dead corpses that would be used in her mutation. First of all; are they simply civilian corpses or are they majini corpses? If they are majini; why are they killed? Or if they are civilian; why werent they infected with any plaga types? Like why are those corpses there exactly?
You must log in or register to reply here.
Share:
Facebook Twitter Reddit Email Share Link
Top Bottom