Having spent quite a lot of time in Village, I think I can answer the question of who or what the Duke is. Although this is not confirmed information, and I do not treat it as such, this is the only reasonable conclusion for me if the game gives context about the Duke's past in the first place.

First of all, let's start with one book that can be found both in Ethan's house and in the village itself:

Its name gave me a strong vibe of Edward Gibbon's famous six-volume work called The History of the Decline and Fall of the Roman Empire. This parallel makes more sense when we learn that the Demon King actually could have been related to the Roman Empire. 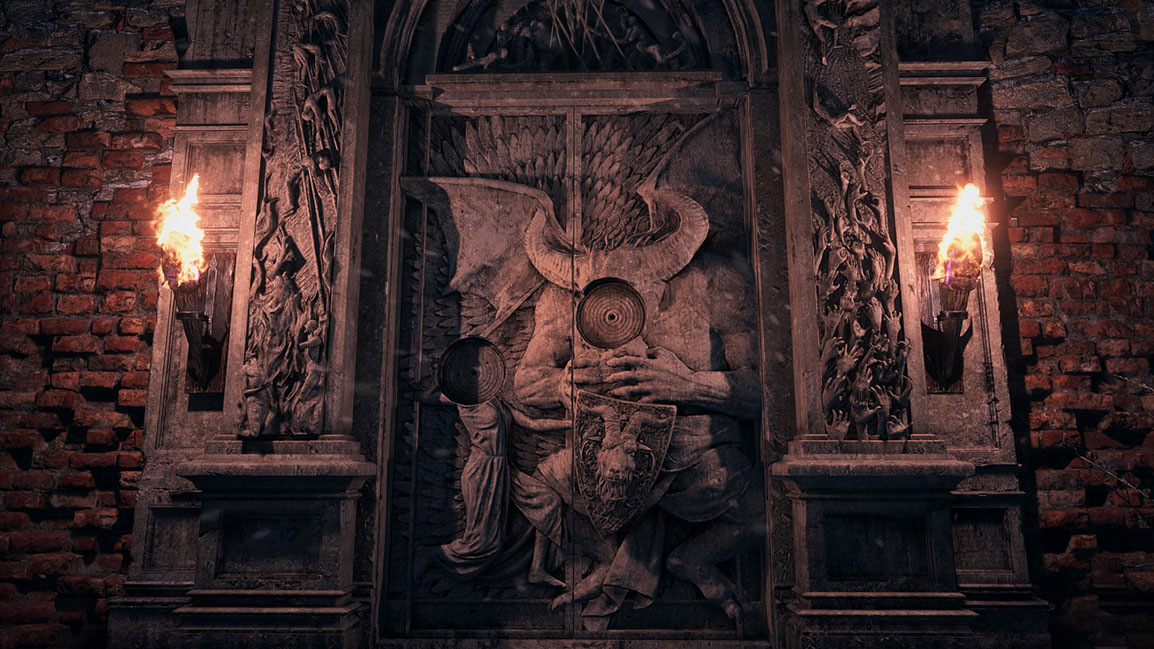 When Ethan gets to the village, he sees a demon on the castle gate, to which, most likely, that book referred. The fact that this demon could really exist is evidenced by the fungal hyphae on his head and the reason why Dimitrescu created a dagger with different poisons.

"It's said that a former delusion-obsessed head of the family had it made for slaying demons and monsters."


Rumors of a Dagger​
Everyone can also notice the fabric that the demon wears on his hips. But I think that this is not just some kind of fabric, but a cloak worn by Roman military leaders and emperors called paludamentum. Some Roman leaders did tie their red cloak in this way around their hips. Among them, for example, was Domitian, who fought with Dacia (an ancient state that arose on the site of modern Romania). 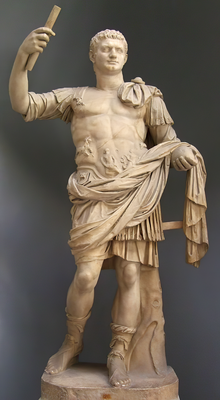 When we get to the Hall of War inside the castle, we can see the battle between the two sides. The first of them obviously refers to the warriors of Dimitrescu, since they wear medieval shields (ecu) with a coat of arms on them. But in this case, I'm interested in the other side.

These warriors are clearly inspired by Roman culture because, firstly, they are shaved and wear Roman hairstyles called incompti capilli, and secondly, they are dressed in Roman plate armor called lorica segmentata.

Interestingly, the same symbol is depicted on each warrior's armor, which I haven't found anywhere else in the game, so the only context I see is that the symbol refers to the Demon King on the castle gate, and these warriors are his legionnaires. This makes sense, since the mold demon is wearing a warlord's cloak.

In the Roman Empire, nevertheless, there were no kings, I believe. There were monarchs there, sure, but I don't recall any of the emperors being called a king.

However, I have heard that the leader of Roman Gaul was called the King of the Romans, although his title was not king. He was a military commander with the title dux, which means duke.

So, summing up, I came to the conclusion that during Romanization, as in real history, the Romans came to these lands, but their leader could get fantastic abilities from mold, therefore, unlike real history, he could maintain the sovereignty of the state until the Italian Renaissance, when the founders came and dethroned him. 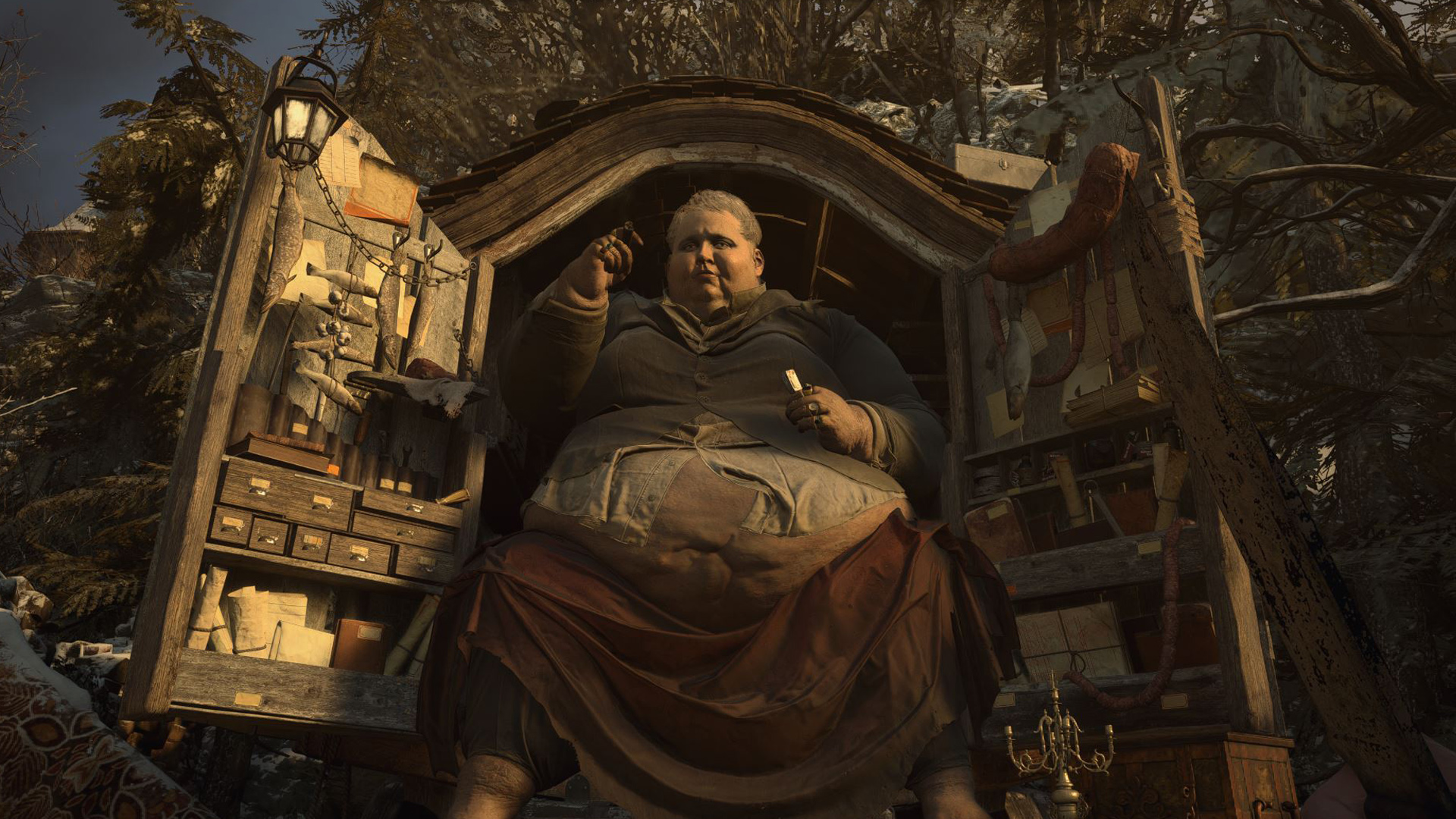 Now back to the Duke. I almost immediately rejected the version that he is one of the founders, because he has his own coat of arms. And the things that I immediately noticed are how many Roman traits he has in his image. For example, he has the same Roman hairstyle mentioned above, and around his hips he wears a paludamentum in the same way as the Demon King. I tried, however, to check every texture of the game and find an image that wears the fabric the same way, but I didn't find anyone other than the Duke and the Demon King.

Moreover, sometimes the Duke says some lines in Latin, which seems to be a very specific artistic decision.

You know, it's not a big deal in real life to wear what you want and say what you want in any language. Nevertheless, when it comes to character design, authors usually try to tell about their personality visually. This is the reason why Donna is dressed as a hidden mother, and Dimitrescu is wearing jazz-era clothes.

Speaking of the Duke, not only his design seems to me very curious, but also the design of his coat of arms. Well, because it's an owl.

Perhaps few of you know this, but in Romania vampires and demons are called strigoi. This word comes from the Romanian word "strigă" and, if we dig even deeper, from the Latin word "strix". Each of these words refers to owls, because, according to Romanian and Roman beliefs, owls are demonic creatures that suck blood.

So that's what I'm trying to say: The Duke is the Demon King.

There's something charming about the idea that the Duke might be the oldest human-like being on the planet. Probably because villains like Miranda and Spencer had everything, but they were ruined by their own selfish and treacherous nature. The Duke, on the contrary, has no eugenic plans, and with others he builds relationships that are beneficial to all parties. Therefore, he will continue to live, maintaining neutrality.

The Duke doesn't even have to work for The Connections. He could have delivered the parasite to the syndicate (if he did it in the first place) as a good deal. I would even prefer this more than some Hellsing trope.

One more thing was pointed out to me, which seemed to me very curious.

Maiden was able to injure the Demon King by taking advantage of the way he devoured the man.