I couldn't see any thread about it.

This is just to discuss potential ideas, should a third game ever happen.

I'd really like to see Billy Coen again, as we didn't find out if he survived and where he is today is still unknown.

I like Billy and all but I would prefer getting the Revelations 1/2 characters back to complete the trilogy. If a new character would be added I’d prefer Sherry come back as she deserves a real game to be a focus other than the horrible RE6.

Storywise; ı think it should be a sequel to re6 similar to how rerev2 was a sequel to re5. I didnt like how re7 felt more like a reboot storywise instead of a sequel to re6. For characters; ı'm not sure. I've got some ideas though:

1. Jake and jill as characters.
2. Chris, claire, sherry and jake as characters. Grown up claire and sherry meeting together in a game would be cool and ı would like to see chris and jake solving their issues since jake is still pissed at chris.

Honestly the best thing ı can say for characters is; as long as the game doesnt have generic / boring characters like in re7, ı would be fine.

For gameplay; improve rerev2's gameplay if needed but ı wouldnt be mad at all if they instead brought back re4 / re5 / re6's gameplay ( especially re6 ) ; ı kinda miss that gameplay style to be honest. Make sure to remove the qtes in that case; they are my least favourite part in re4 / re5 / re6.

I think the family from re6 should also appear; the files hint that they selected a new leader after simmons' death. I would like that to get followed. For the virus; definitely c-virus.

For a Revelations 3 they could try many things (i am not saying all of these things should be attempted together but):
1) bring some of the veteran characters that have almost been forgotten (if we count the main games or main revelations or other spin-off titles) so they could bring those back : Rebecca, Billy, Carlos, Manuela?
2) bring back Veterans that never starred the main campaign on any Revelations title but are fans favorites (characters like Leon, Ada, or Sherry, Jake and Hunk).
3) bring back Outbreak characters.
4) use an older Natalia Korda as protagonist to tie with previous game.
5) I think a battle between beefed up Natalia and Manuela could be an interesting idea for them to flesh out.
C

Well, for a start, 0 is technically the first game (in terms of when the story takes place) and Billy hasn't been seen in over 20 years.

To me, these are just side games that Capcom doesn't care about. I don't care if they use the main characters, because I suspect they just do that to lure people in. If it's just another game with an isolated plot, that they put out for the hell of it, and the story is abruptly abandoned, it will make the whole experience pointless to me.

I'm started to get the vibe Capcom have moved on from the Revelations spin off.. instead they worked on resistance.. :/
C

I think that Project Resistance is a money grab game, intended for the co-op enthusiasts. I hope they still care about the story enough to do more Revelations games. They are a great way to return characters of the past, without having to include them in a main entry.

I feel the series as a whole has moved past this sub series, mostly technically, direction and perhaps even story wise. Anything is possible, but it doesn’t seem to line up with the series current direction and I’m honestly okay with this.

I hope they continue and it's in the same vein as the other Revelations games. I'm not a fan of the Resident Evil engine or the new direction they're headed in.

With that said: REV3, I'd like to see side characters return. Parker, Raymond, and Jessica would be the ideal for me, but I wouldn't mind a game involving Jake. Maybe his experience in RE6/his relationship with Wesker changes his perspective about BOWs/his occupation and he starts to feel responsible for Wesker's mess, which causes him to start digging into Wesker's affairs. Could somehow tie into Alex Wesker and we get a follow-up on her/Natalia.

I'd also like Steve back as a villain (which is the direction I wanted REV2 to take) but that's never happening.
C

I think Steve is done. Billy is a bad dude. ?

I often wonder where these characters are today. Surely they didn't retire.

At least we got confirmation Alyssa is still a reporter and O’Brian wrote his novel in 7.
C

Yeah. I am glad Capcom remembers those characters. However, they were just minor characters that didn't really do a great deal. Ones like Sheva, Billy, Carlos, and others deserve to return or even get a small mention more than they do. But I feel like Capcom has sadly overlooked most of them, or maybe they were just seen as being partner characters for one singular game. Nevertheless, they made quite the impact in their brief foray into the world of horror just the same. 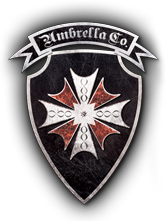 Yeah. Jake and Sherry still have more to do. I really want Jake to return.
R

I've been thinking a lot about what games in the series I'd like to see. I believe that the return of the Resident Evil 6 storylines will not take long, since Resident Evil Village is the second and final part of the story of Ethan and possibly the syndicate, I would not be surprised that other stories will be told and other storylines taken.

As I said, I like the idea of a game about Rebecca working with Umbrella and getting to know the organization from the inside. The authors can show the company's impact on the pharmaceutical industry and the effects of the C-Virus on the world. Perhaps they could link Umbrella to Vendetta, since the company could provide research and technology for vaccines.

I also like the idea that The Family and Umbrella might have been connected. US politicians are definitely not so clean-handed, so we can better investigate this conspiracy and connection to Wesker.

But I would also like to play a game like Revelations Zero. It could have been a game about Cameron at a time when Umbrella was having a hard time. We could get to know the co-founders of the corporation better, like Henry and Beardsley.

But I also like the idea of such a game in the format of an almanac. Some Resident Evil Stories or something like that.

It could be an episodic game with seasons where there would be different short stories.

For example, the first episode would be about 16th century Spain. The main character would be a nobleman, and we would see one of Salazar's ancestors. This game could show how the navigators brought parasites from Africa. And, I think, the setting itself is very unusual and fresh for the series. Seeing familiar locations without having to do a remake is cool.

The second story could be about how in 1945 a Soviet spy could get into the Krueger family castle (it might even be Neuschwanstein castle, which can be seen in paintings in the Spencer mansion), where he would learn about cloning experiments, as well as how the Nazis discovered β Hetero Nonserotonin. It would also be interesting to learn about the Krueger family connection to the Ashford family. And, of course, this knowledge would help make clones in the future. The spy might have been called Ivan, and Vladimir might have named the tyrants after him.

Authors can come up with a lot of interesting things, actually.
C

You're asking for a lot when it comes to Capcom, man.

Well we do know RE8 was conceived as Rev 3 so no Alex in this one, my guess if they will bring different characters this time, I don't know what villain it'l have but I think it should be about Sherry or Jake or both

I think they should mantain that feature of 2 characters assisting each other during the campaign just like they did with Revelations 2, but have a duo of male characters (since having a male team is something they only did in RE 6 and Dark Side Chronicles - the former with Chris and Piers and the latter with Leon and Krauser), they could have one semi recognizable char and one old protagonist, bring back Ark Thompson or even Tyler Howard from the RE the Stage.
Last edited: Aug 29, 2020
You must log in or register to reply here.
Share:
Facebook Twitter Reddit Email Share Link
Top Bottom