What films scare you?

I watch a lot of horror films. None really scare me that much.

But the intro to this film is very creepy.

I love that film!
Haha! thought I was the only one that knew about this gem.
Richard Corben did the artwork cover too - one of my favorite artists.

As far as what film really scares me that will always be the original Exorcist man.
To this day that film gives me the chills.

An honorable mention goes out here, to the crate creature "Fluffy" in Creepshow.

My two favorite scifi horrors of all time!

Caffeine Addict said:
An honorable mention goes out here, to the crate creature "Fluffy" in Creepshow.

My two favorite films of ANY genre.

I'm actually stuck on what to call the scariest film. I own so many of them. Cat's Eye scares me a lot, due to that scene with the ledge!

Anything with Exorcism in its name and I am gone. I also get squeamish over certain bodily injuries involving hands and the facial area. So any film that fits that criteria will trouble me. Except for the Conjuring franchise, those movies are overhyped and a huge letdown to me.

The last movie that actually spooked me was the original Spanish version of [REC]. The 3rd act is horrifying.
Last edited: Aug 20, 2019
C

There's a guy who compiles charts for music and movies, and he somehow calculated all the grosses for films in the U.S. that were successful at the box office since 1922. His primary source is Variety. Studios started to do their own compiling in 1981. But anyway, I went and made a list on Fandom, of every number one horror movie to date. So, this will make a great reference for people. 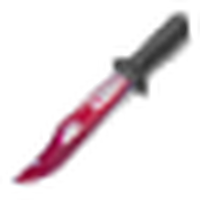 In this article, you will learn what horror films topped the U.S. box office from 1922-present day, essentially documenting every commercially available, chart-topping horror movie in North America recorded since Variety began keeping records in the early 1920s. The sources for these are from...

To view archived Variety pages for a year, it's $600 (but only if you're in America). It could be twice that amount elsewhere.

But anyway, you can see the whole list of top 50 grossing films, which is just about impossible to find anywhere online.

I made sure to save as many archived pages as I could, as you only get 50 searches per month.

They butchered the Alien films. I still say the original 1979 film is timeless. I love the sequel as a great, solid action film with drama. The rest are kind of average. Put it this way, they all got increasingly worse. The last one tried very hard to be like the original, and I have mixed feelings about it. Where the heck is the third part of the prequel trilogy anyway? We need at least one last movie to connect all of this to the original movies.

Legend has it that the actor John Hurt didn't tell the others about the now infamous chest tearing scene where Kane births the Xenomorph, in order to make it come across as more authentic. ?‍?

Ever since I was a kid in the early 80s, the Gorax from The Ewok Adventure scared me.