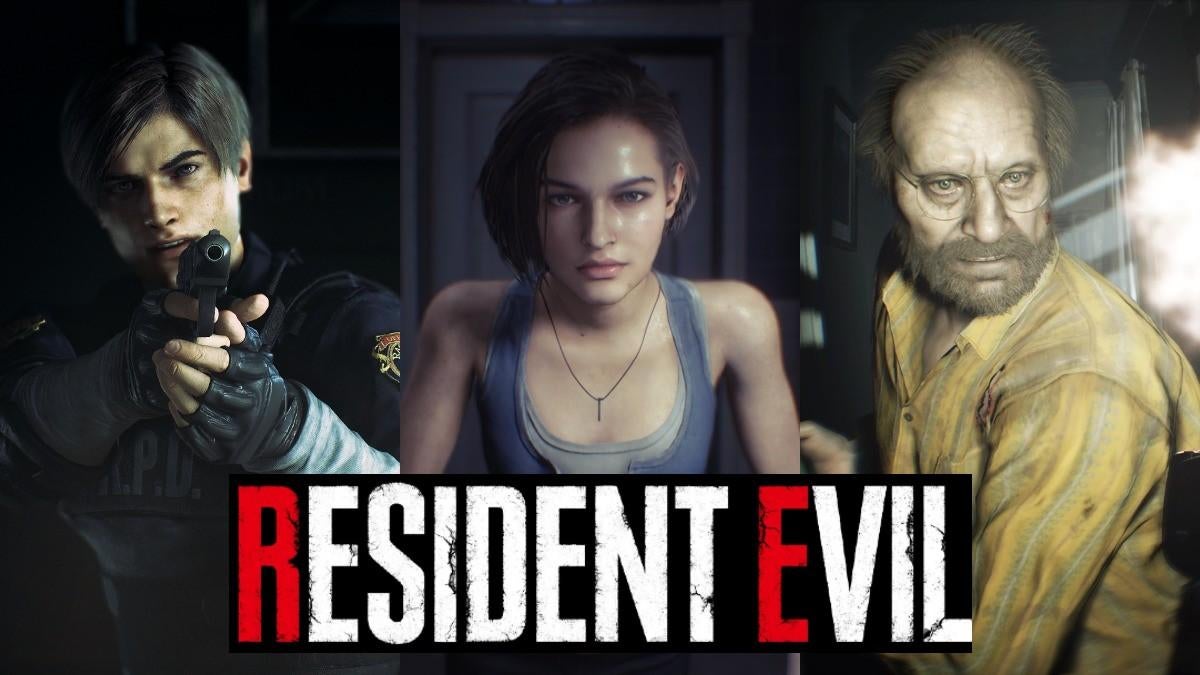 Netflix is getting ready to launch its live-action Resident Evil series this summer and has even [...]

It’s quite fascinating really how each subsequent release ever since RE:3 has been worse and worse. Just when we haven’t heard enough of Raccoon City they make a new one.. again. Rebooting the Wesker Project is also extremely dumb. Can RE stop piggybacking off of horror tropes and preexisting ideas and come up with something NEW?

This is going to be a fail on epic proportions, and the director expects more seasons? Lmao! At least Paul Anderson movies were it’s own universe, this is going to cause even further damage to the franchise of it sticks. If the 2036 stuff will be in same universe then it looks like the main story will indeed head to post apocalyptic.
Last edited: May 13, 2022
C

It's bad enough that they destroyed the original Raccoon City, then revisited it countless times. Now we have a second city where Capcom can keep their options open.

Maybe this time, they can think twice before having it nuked.

Having the same monsters again and again and again is getting old. At least RE8 had different enemy variety instead of having Lickers and Hunters for the 10,000th time. It’s just like with Konami reusing Pyramid Head over and over when it belonged in SH2 only.

The whole thing is just blatant and lacks any creativity at all.

Since the beginning i had the impression netflix´s show was going for that same atmosphere and fast pace of the P.A. and Milla movies, and if anything the show would probably have better CGI and effects that could be considered better than those from Welcome to Raccoon City (maybe not better by a wide margin, but the show effects should be good enough as to not become laughingstock) .
Initially i was hoping Welcome to Raccoon City was going to turn out good enough to warrant a new saga of RE movies, and even had sympathy for most of the cast and crew for that movie, after watching it i was wholly disapointed by it, and it sort of cemented my opinion that it might be nearly impossible to adapt RE into film in a way it does justice to the original material.

I always thought the whole idea of live action Resident evil was better suited to an episodic show than feature films, and while i am still confused for what the showrunners are aiming to do with this show, the comments now made me at least curious because either the show runners are pulling a stunt just to try and lure viewers or they actually have some long form plan to the show, and while i definitely can´t even begin to imagine how they could pull off something canon worthy with the little info and trailers released so far, the sadistic fan side of me wanna actually watch the first season just so i can blast to smithereens all hope of live action resident evil ever succeeding.
Last edited: May 14, 2022

I hope ı dont cause confusion with this but ı dont think this is " canon " to prime universe. I checked the article and with the " Games are canon. " statement, ı think they try to mean that it will take what happened in the past into account as a backstory while still being set in its own universe that's not related to anything.

I could still be wrong about this but ı dont really see this series being possible to be canon to capcom's series started in 1996.

Though if it's indeed canon, then ı feel like it holds the possibility to end the series in a disastrous way. I remember thinking about a apocalyptic scenario in the past and ı thought that the only way to exceed re6's action as well as its stakes in regards to that was to go in this type of route. I tried to make sense of re7's direction in my mind ( despite not liking the game that much ) while thinking that one of the reasons they went with its route was to not go apocalypic like anderson's live action movies. This made me grow appreciation for it, even if it was temporary, since ı personally wouldnt like it if the series became apocalyptic. This would mean the war against bioterrorism is lost and it's impossible to clean the biohazards from the face of the earth despite the characters having the hope and not giving up in the stories no matter what.

But anyway, ı guess we should wait and see what happens. Though ı dont feel like ı will watch this since anderson's movies dont catch my interest that much nor the recent movie set in raccoon which ı didnt watch either. I'm more fan of cgi films but after infinite darkness; ı dont think ı'll bother with those anymore either. 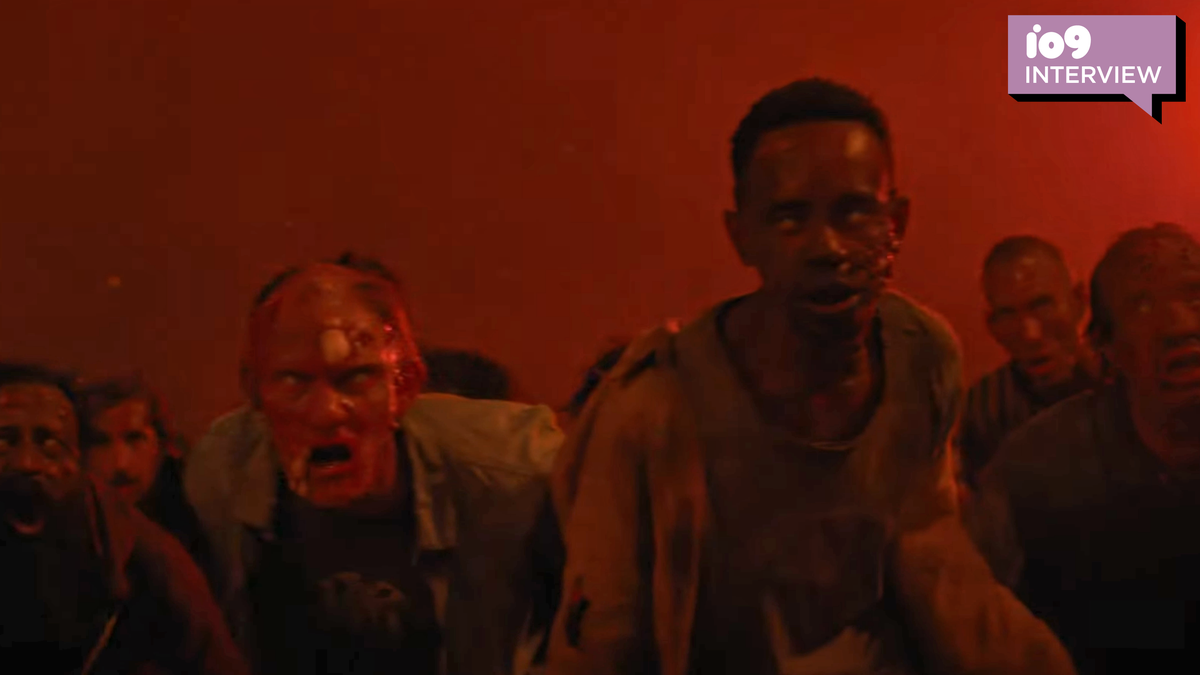 Netflix's latest video game adaptation releases July 14, and io9 spoke to the showrunner all about how it fits into the canon of Capcom's zombie franchise.

Yeah. I mean, how many times do they have to keep going back to Raccoon City? It just feels so uninspired.

The cow just wants this to stop.

I didn't think RE8 was very unique either. They basically made it play out virtually like RE4. You know? Since that's the one game they knew they could imitate and get people on board with.

Almost every scene, bar a few, feels like it's the same. At least they explain how Duke gets his merchandise everywhere. But you can tell Capcom's creativity isn't where it needs to be in 2022.

This is what woke culture does, it piggybacks off popular IP’s and shoehorns in identity politics instead of adding anything meaningful to the source material. Literally everything they have shown in this trailer has been done to death at this point (except the cgi teddy bear lmao). These modern day writers must come from the same brainwashed school, since all these shows have been hitting the same woke themes time and time again.

I am going to drop it and pretend this doesn’t exist for my own well-being. Not going to catch eye cancer and lose my mind to this nonsense.
C

A while ago, I mentioned on another forum that I felt Avan Jogia wasn't a good choice for to play Leon Kennedy, due to the fact that Leon is American, and that actor is Canadian, but he's of Indian descent. OK. Nothing racist about it.

Got people implying I was out of line for using the term 'woke' and talking about The Last of Us Part II having lesbians forced in for the hell of it, into the bargain. I'm into transgender people myself. Don't identify as gay, though, but ever since I came out and admitted to that, trolls on YouTube have occasionally used that against me. Or the fact that I'm Scottish makes me talk weird.

All I was saying is that it doesn't matter if somebody is gay, or whatever. But sometimes it's as if they just put that in media to get people talking. It didn't spoil nothing for me anyway. Even Joel dying didn't affect me. It's not supposed to be all sunshine and rainbows in a horror game, where society has collapsed. People did have a right to be upset, though, due to their attachment to him as a character. But once they targeted Abby's voice actress, Laura Bailey, and threatened her life over a piece of fiction, I found that was quite ridiculous. And I know how online harassment feels. I've had quite a number of trolls bothering me for years due to a sad grudge they can't get over, especially this one guy in Australia who creates all of these pseudonyms elsewhere, to spam my address details.

All in all though, the entire Resident Evil series is becoming crap and hilarious in equal measures, but you cannot say that on GameFAQs, because it's going to not bode well. Glazers don't like hearing the truth.

The show isn't canon, the showrunners are just trying to place the universe in the same one the games use. It's still a "what if".
The Shadows of Rose DLC takes place after the show does, and after the world supposedly ended, which alone should tell you that Capcom aren't involved in this series any more than they were with Anderson's movies or WTRC, lol.

At least the former movies didn’t try to inject themselves in the game canon like this abomination. That alone makes me hate it more than anything that came before. RE game lore is about the only thing left in this world I give a crap about anymore and having over 20 years of story be ruined by some woke crap would just break me. It was bad enough it happened to Star Wars but please don’t ruin RE.
C

I'm so glad it's not canon then.

And no. I am not racist. I just think Wesker shouldn't be played by an actor who is black. Just like Edward Carnby from Alone in the Dark isn't supposed to be Korean.

Caffeine Addict said:
I'm so glad it's not canon then.

And no. I am not racist. I just think Wesker shouldn't be played by an actor who is black. Just like Edward Carnby from Alone in the Dark isn't supposed to be Korean.
Click to expand...

Lance Reddick is a good actor but wow is this a miscast and a half. I liked him a lot in Fringe and the Horizon series but having him in this unnecessary show is a waste of talent. Directors/writers these days piggyback way too much on we’ll known IP’s just to insinuate their own ideologies rather than paying respects to the source material. It’s shameless, blatant, and lazy.

I think Lance Reddick is the perfect person to play Wesker myself. He nails that type of character flawlessly. Cool and intimidating. The color of his skin has nothing to do with Wesker's character, since Spencer's idea of eugenics was not based on ethnicity.

I mean, look at the actor from the Anderson movies. Looked enough like Wesker, but when he tried to act like him it came across as try-hard.

But I don't think this version of Wesker is going to be a true adaption of the character, so it is a bit wasted. It's why the fact discourse always revolves around the way he looks, rather than how they have probably wasted what could have been the perfect Wesker, bugs me personally. As if Lance's inclusion has to be about the color of his skin, like that is his defining attribute as a person.

I say this as a massive Wesker fan too, lol.
C

It's hard to pretend it's "not" Wesker. I don't know anything about the actor himself. But it doesn't look right how Jill is Latin and Leon is Indo-Canadian.