I don't think it's a bad thing. The game has its own charm and may not be intimidating anymore, but it has its moments. And now it's still fun to play.

I just wish Resident Evil Village, unlike Resident Evil 4, was more focused on folk horror. I've always really appreciated these elements in this game, but they didn't get any research, they were just there, like zombies, tyrants, and hunters just changed skins and became ganado, village headman, and verdugo.

I've heard that the game can start with a fairy tale that Mia tells her daughter. And this fairy tale will be accompanied by illustrations, as in Disney cartoons. This is a great start for deep folk horror, especially if the story of the fairy tale is relevant to the game's plot.

Also, the name of the game may hint that the village will be a full-fledged character with its personalization as Kafka's The Castle, and not just a place where we shoot monsters, grab resources and go through, as it was in Resident Evil 4.

It seems to me that Resident Evil Village is also the perfect name for the folk part of the series. I've heard a lot of fairy tales and know folk horror movies called Village. This immediately creates the right mood and associations about what genre the game shows through the prism of Resident Evil mythology.
C

Do you think the villagers will lay traps, like those people did in RE4? That made the series unique, at the time.

I think this game will be so hard, that using a handgun will have to be a last resort. I want that old-school horror experience back, where you feel as if every bullet you use up could be your last. It's just so hard to get that feeling in newer games, that pretend to be horror games, but they're really shooters at the core. We need a game of this budget to have a fine balance of action, drama, puzzle solving. Cheesy moments are okay, but it's important not to overdo them.

I'm still going to remain a fan of the series, so as long as they quit doing all of these trashy remakes, mobile games, and other garbage that nobody cares about.
R

I rather meant that the village, like the Spencer mansion, the police station, the Baker mansion, and so on, would have its own face. Every place in real life has its own face: we can visit someone's room, see the order or disorder, books, jewelry, and other things that will help you create a portrait of the owner. We are what surrounds us. And the classic games in the series (including Resident Evil 7) bring that focus back to environment storytelling, where we can look around the premises and think about who these people were and what was going on here.

I mean, seriously, I remember that Jack loved hunting and fishing. He even did taxidermy. Likes local beer and even overdoes it sometimes. He is also an inventor: in the house you can find drawings and his customized weapons, as well as a workshop and various of his inventions and hobbies. And Lucas inherited it. I can literally talk about it for a long time, because I learned so much about this family by visiting their home. It was a great pleasure. I'm sure I know as much about Jack as I do about Chris, if not more.

I remember people joking about why a zombie like Margaret had such good teeth. And in the game, you can find a false jaw, which she used, apparently, until the mold helped her grow her new teeth.

Resident Evil 4 wasn't like that. The game, on the contrary, asks you not to think about this, because the structure of buildings in the village and the infrastructure of the castle simply do not make sense. This is literally the background for arcade gameplay.

And the residents in Resident Evil Village may be allies, telling the story of the place and helping Ethan reveal himself.

I saw in the trailer that the old man had goat skulls everywhere in the house. Did he hunt strigoi? He even hung garlic by the window, which means he believes in vampires and protects himself that way. I hope the game will have more of that focus.
C 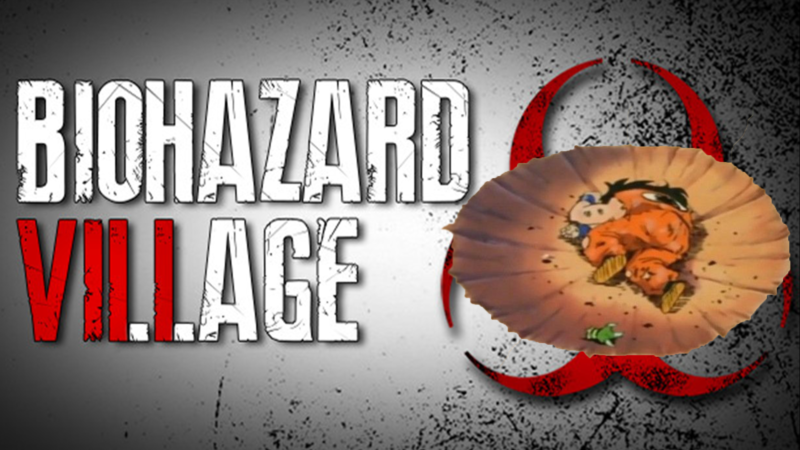 The most exciting title of the year is finally here! Biohazard Village has launched on Steam for just $2! But there's a catch...
www.relyonhorror.com