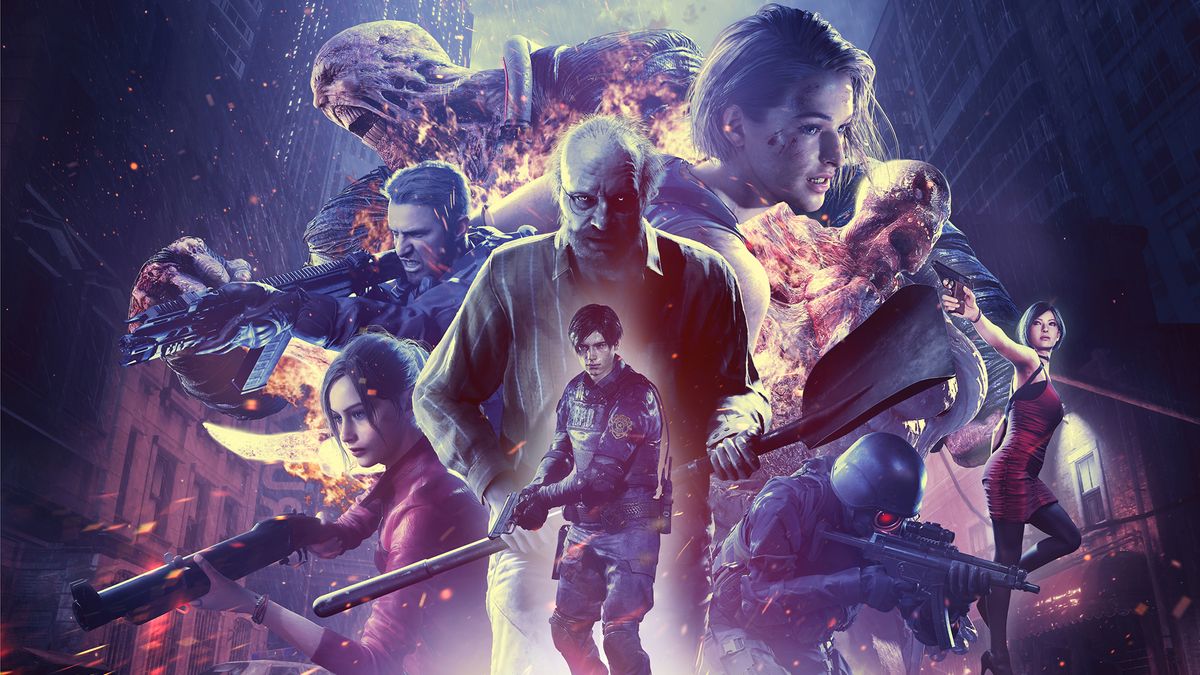 Resident Evil 9 has been in the works since 2018, leaker claims

They're really working around the clock for these Resident Evil games. They're working on a 9th game (if it's true) long before 8 Village is even released, which it still hasn't yet.

Speaking of Resident Evil, later this month I'm planning on a Resident Evil 25th Anniversary celebration with a cake.
C

Since the cat is out of the bag now, I guess it's fine to talk about this.

I really don't like the direction of the series. I am worried that RE9 will be following up to the story in Village with Rosemary Winters resurfacing as this Alice type heroine, with an even more convuluted storyline to match. Oh, God. As if the franchise doesn't have more than enough of this nonsense going on already, eh?

I mean, seriously. Fans like myself tolerated the "seventh" mainline game, because, well, it was something different to play through for a change, I suppose. But now we are getting another first person game this year, and perhaps a third one down the line. Well, that's if the ending we learned about should be implying as such. Meanwhile, I wonder when the heck Capcom will bring back the OG characters again in a meaningful manner. For I mean, I know I am tired of the cameras with legs we play as nowadays, because they are just too boring to really care about. Not to mention the similarities with RE4, which I considered the death of RE back in the day in any case.

Hopefully, Capcom continues to do high concept side story games like the Revelations games, because they at least still have the RE appeal intact, to some extent. Unlike the actual sequels that don't really feel like true sequels anymore.

What's even the point of this? Re8 isnt even out yet.


Caffeine Addict said:
Hopefully, Capcom continues to do high concept side story games like the Revelations games
Click to expand...


I agree; they should make a 3rd one that's between re6 and re7 while being a re6 sequel storywise just like how the 2nd one is a re5 sequel storywise.
Click to expand...

Revelations 3 should tie up any loose ends from RE6 and Vendetta having Rebecca as a main lead. They experimented with Rev2 so they can introduce new game mechanics with Rebecca since she is an expert with her medical abilities.

I wouldn’t jump the gun just yet Caffine Addict, let’s wait and see how 8 plays out.
C

Well, I think the next one is coming to the Nintendo Switch soon.

the most credible leaks or "rumors" for now, talk about a RE game coming for the Switch and for now referenced as "Outrage" and Rebecca Chambers will be in it. The leaks also implied this won't be Resident Evil 9 but a spin-off title but we have yet to know if it will become Resident Evil Revelations 3 or something else entirely.
Regarding Resident Evil 9 I am sure Capcom has plans for it... but it's most likely coming after both Outrage and RE 4 Remake.
But for now, we don't have any solid info about RE 9 and what this probably means is that Capcom must be getting prepped for it, so maybe still at conceptual stages of development
I assume they are going to check the reception on Village first to see where they are heading next but If I had to bet I would imagine Capcom's division 1 folks will turn their attention almost exclusively to RE 4 Remake, because that title puts a lot a pressure into them to live up to the public expectations about it.
C