RE7 RE7 vs RE Village

I will no doubt be kept in suspense for years, as to whether Ethan survived or not. It's probably the case that Capcom will now shift their attention to other characters, which is what they've more or less been doing for years anyway.

Would Capcom like to stop discontinuing certain storylines and keep me posted, PLEASE!?

I personally like Village over 7 mostly because the plot was more consistent and was there. 7 pretty much saved the actual plot for the second half of the game, while in 8 you had an actual goal other than survive. The inventory system in Village is great, I love the treasure system, and the weapons are all much more interesting than 7's. Of course, it was taking cues from 4 but I found it better than 7 thanks to those cues. Both games did Chris dirty, but at least they brought back a more proper model in Village. 7 Chris was just weird. The bosses are more diverse in design, and there are more enemy types as well. The story near the end hit pretty close to home, and I was almost in tears, but thats a bit of a personal case for me. Ethan is more fleshed out here, and I got a better idea of the villain's goals than in 7. For me, 8 > 7.
R

One thing I'll probably always love about RE7 is how mature this game feels when compared to other titles, including Village. This applies both to horror themes and to the presentation of the plot.

If we take as a comparison the other most horror-focused game of the series, that is, the first game, we will see skulls on shelves and humanoid lizards. Of course, it's scary, but it's a more "fabulous" type of horror. This is usually not something that any of us have a chance to encounter in real life, so the game feels very grotesque and surreal, despite the developers' intention to make a realistic horror game.

Resident Evil 7, on the contrary, gave me strong associations with this human horror, which I do not stop hearing about to this day. When, for example, I saw provocative photos with Jack and Mia without pants, after which she, passing by the surgical table with bloody instruments, clutched her head, as if fragmentary memories hurt her, my imagination drew terrible pictures that could happen here. When I saw the collected photos of the victims and read the newspapers about missing people, which the Bakers also kept intentionally to observe the investigation, it reminded me of many cases of serial killers from real life.

And the game goes even further than such associations: it tells us a story that happened by mistake and does not give us any moral guidelines.

Ethan is a simple guy, whom the game does not try to portray as a hero. On the contrary, he even swears a lot. Mia is not an archetypal femme fatale, but a humanized character associated with the bioweapon industry. The game does not tell us how we should treat her. The Bakers are an ordinary family and, although they seem to be an exemplary family, they, like many families in general, have their own bad habits and even skeletons in the closet. Even Eveline, being the antagonist, is not a villainous villain, but just an artificial life form without control, who is confused in her feelings and does not understand what she is doing wrong, because she is socialized as a weapon. And this weapon were intended, among other things, for national organizations. In other words, it is not a tool for capturing the world or something like that, but a weapon to minimize military costs.

This whole situation happened not because some villain wants to take over the world or has a brilliant plan, but because of the miscalculation of the international alliance and the incompetence of the agents. These agents also didn't want to hurt anyone, so Mia tried to warn the Bakers. The whole story is just a pure tragedy.

Each player may have a different attitude to people and events, but the game does not give us moral guidelines to say who we should love and who we should hate. It's just a struggle for survival in the current situation. You may feel sorry for Eveline, but killing her is what you have to do to survive. This is as realistic and cynical as possible in the series.

And another realistic and cynical aspect in this game is also uncompromising science. To see how years of life and upbringing are worthless, because the fungus simply distorts your character and changes your diet to feed yourself, it's terrible. No one deserves this, but our nature does not choose sides and does not do justice.

And I also like how the concepts behind the mold go hand in hand with scientific discoveries and real military developments: 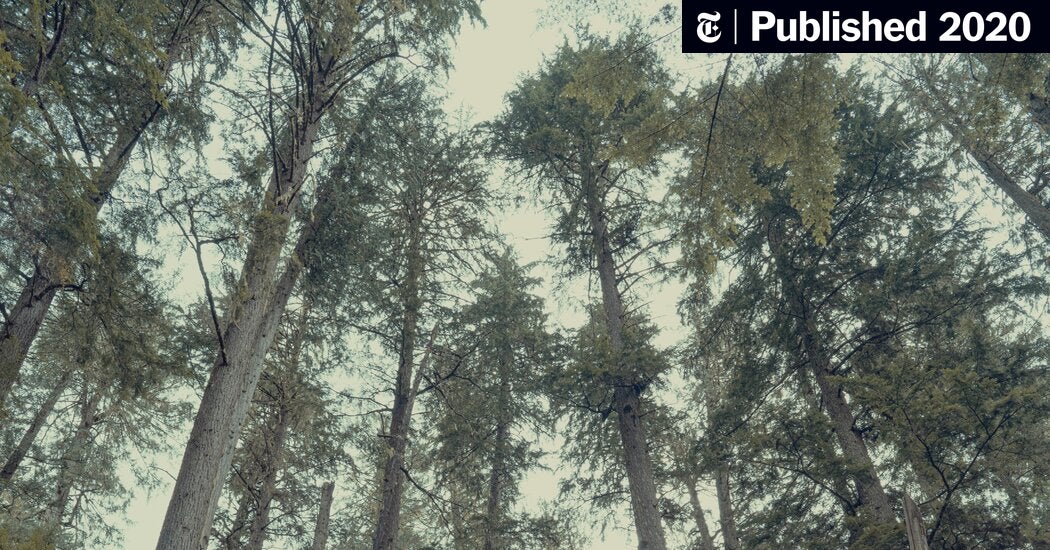 The Social Life of Forests (Published 2020)

Trees appear to communicate and cooperate through subterranean networks of fungi. What are they sharing with one another?
www.nytimes.com Soldiers able to communicate silently could change the face of operations on the ground.

But most of all, I like the way developers, having such topics and ideas, do not violate the limits of what is allowed. It's always very easy to tell a dirty story about how terrible this world is. It's always easy to say something about corruption and rape. But self-censorship and understanding how to use these elements will already be much harder. And I'm glad that the developers understood this.

VILLAGE easily. It is little more than BIO7 with a bio4 skin of course, but it also overall has the more interesting story with much better character variety.

none, I might try Village at some point tho.

I still havent played the game. It seems to be very similar to re7 overall which ı'm not a fan of. Overall it looks like a mix of re4 and re7 though ı feel like if ı would try the game, ı would dislike the gameplay. There doesnt seem to be fov slider and the game removes enhanced ammo for handguns, one of the few things that ı really liked in re7.

But who knows? I dont have to try the game right now cause re6 is so addicting to play.
C

You should give RE8 a shot. Just don't expect Hamlet material. The plot is pretty wacko. Plays like a cross between 4 and 7. But the story is dope.

I do think on the plus side, the graphics and voice acting is very impressive. But feels more like Van Helsing rather than RE.

Of course, I get that this game is to bridge the gap between 7 and 9, so I have a prediction that 9 will be everything 8 was not.

In your opinion; which game is better and why? Which features one perform better than the other?
Click to expand...

In your opinion; which game is better and why? Which features one perform better than the other?
Click to expand...

Resident Evil Village wins this by a landslide. Its plot was far more compelling, the horror elements actually worked to an extent, the gameplay was fun and pretty engaging. Ethan actually has a personality and believable motivations. I liked a lot about Village to be honest. Resident Evil 7 on the other hand was a laughable flop.

ZenlightenedOne said:
Resident Evil Village wins this by a landslide. Its plot was far more compelling, the horror elements actually worked to an extent, the gameplay was fun and pretty engaging. Ethan actually has a personality and believable motivations. I liked a lot about Village to be honest. Resident Evil 7 on the other hand was a laughable flop.
Click to expand...

I try the demo but Village doesn't seem that appealing to me, even Christ section they have been butchering his presence in the last 2 games, they treat him like a braindead COD section, Not a Hero and his part in Village were awful.
C

This game is now 9 months old.

I still haven't touched it since May 7th last year lol. but when the DLC drops ill probably hammer through it just so I can say I have all mainline RE plats. RE7 DLC was a royal pain in the ass to 100% and was some of the hardest trophies I ever went for in an RE game. I am definitely sick of the non canon goofy extra modes in games when we could be getting more story content.

Honestly if RE7 never had any DLC at all it would have been ranked much lower for me,. The story DLC's saved the game and I am hoping RE8 DLC can deliver so I have an incentive to go back and play it again.
C

I played it once, and decided that was enough for me. It just didn't feel like a RE game. I think they tried very hard to get fanboys jumping on the RE4 remake hype train by doing a virtually identical game. As if RE4 even needs remade, or copied.