Yep. We might have known. That means more work for Capcom.

Anyway... I suggest you get ready as the Future of Gaming event is on in just over an hour.

In hindsight and with these videos in my mind, I think RE3 '20 is the most scripted and linear game in the entire main series. Even worse than RE6.
Last edited: Jun 15, 2020

In hindsight and with these videos in my mind, I think RE3 '20 is the most scripted and linear game in the entire main series. Even worse than RE6.
Click to expand...

this what happens when you let an untested new-formed studio B-Team make Resident evil 3.

That's what happens when you let Ex- Platinum devs work on Resident Evil, they are good at what they do and should stay in their territory. Because they have zero understanding of what RE should be.

Well, whatculture.com had a near perfect breakdown of why the RE3 remake sucks. However, they forgot to mention that Barry Burton was taken out. 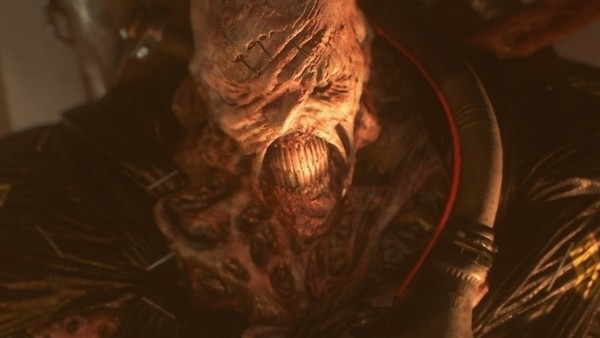 A whistle-stop tour of Raccoon City isn't what we wanted.

I've been seeing some people saying this game is like re6; probably due to running sections and qtes. The vehicle section at the start uses qtes similar to the one in leon's 1st chapter in re6. Though in a way; it also reminds me of re7's jack boss fight since it's the exact same car ethan uses.

I still disagree though. The game reminds me more of re7's action dlcs, especially not a hero. Mainly cause the combat system compared to og game, feels dumbed down. Sure the dodging feels improved but that's really it. Jill's weapon loadout feels like they lazily combined claire's and leon's weapon loadouts from re2 2019 into one plus some stuff is cut like that insane gunpowder system. From pre-re4 mainline entries; re3 has the deepest combat system just like how re6 has the deepest combat system from action horror trilogy.

In re7's action dlcs; their combat systems also feel dumbed down compared to re5 and re6. Especially re6. Like going from re5 and chris' re6 campaign to not a hero; it's like chris forgot how to fight bows in re7 while relying on inferior tactics. He has a way better combat system, better weapons, attacks etc. to defeat bows in re6. Why does joe have better combat mechanics than chris does? And people think chris' design in re7 is the worst part about him even though it's the least bad thing about him.

That being said; ı dont think it's as butchered as re7's action dlcs but it's a shame the combat system for the game is very lazy. I mean even re2 2019 improved its combat system compared to og game despite the cut content; why cant re3 2020 do the same?

Oh and another reason why re3 2020 feels like re2 2019's " not a hero " is due to the fact that carlos can punch just like chris and he looks like re6 chris. I've seen people criticise this but the real question people dont ask is...

Why dont hunk and ada have their melee attacks from their sections in umbrella chronicles? Like ı wished we could break zombie necks in re2 2019's 4th survivor section for example.

I think the RE2 remake sucks too, but not as much as RE3 - which is a colossal failure. RE2 is still not that great, though. I mean, why'd they remove the ivy plants and put these stupid looking plant men in the lab, attacking you in their place? Ha. Although Plant 42 still appears... dead against a window! You know how Capcom likes to "kill" things.

Another thing: I hate the post sewers section with the tram. Mind in the original when you had the brilliant encounter with G, when the former William Birkin injured Ada, and he took her to a room to rest up before you explore the final areas of the game? In the remake, they just get on board, take it down, and that's more or less it. Where's the intensity? It just doesn't feel right. Just like the gator encounter. Meh. Meh. Meh.

Also, Leon in general looks stupid. Claire is fine, I guess. But Leon? Nah. I'll stick to the 1998 Leon. Even the version in The Darkside Chronicles was better.

RE2 is not that bad, but it's NOT that great either. Sad to say. I think the RE4 remake, while I hate to say it, is gonna be trash as well...