Resident Evil is a long running series, and has had in that time what I consider two major story arcs and one mini arc in between. 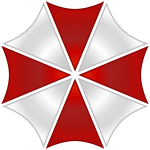 Made up of; The Experience (estimation), RE0, RE1/Remake, Outbreak, RE3, RE2/Remake, Survivor, RE CVX


This Arc is categorized by the importance and prominence of Umbrella in the plot. Umbrella are the main Antagonists and all villains involved in this era are either Umbrella employees or were former Umbrella employees. Examples being Wesker, William Birkin, Leech Marcus (technically), Nicholai, the Ashfords, Goldmann, Jinno, Bando, and Ebihara from Experience, etc. However the entity itself is in the shadows and remains mysterious throughout its tenure, with the heroes and various protagonists attempting to thwart them. Other groups are vaguely talked about and referenced such as the rival organisation Ada and Wesker work for, and the US government's dirty dealings which would only really come more to light and get more focus in the next big arc.


Another mark is how the protagonists are made up of mostly civilians at this stage, with the most 'experienced' among them being SWATesque police officers and at least one spy/special agent. During this time period the characters are focused on finding as much about Umbrella as possible and surviving, with little to no outside help from anyone.


The emphasis when it comes to the monsters and BOWs is more focused on the "escaped lab test subjects" angle. Even though we know they were made to be weapons to be sold on the Black Market, the military angle and application of the various monsters doesn't come into effect until later.


The settings in this era are also centered around labs, owned by Umbrella of course, and generally take place in one location throughout the whole game. With the exception of Code Veronica, which promptly leads into the mini arc. 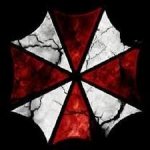 Made up of; Dead Aim, Operation Javier, Prelude to the Fall (potentially), Umbrella's End/Dark Legacy


This mini-arc of sorts is in-between the two major arcs and is focused on Umbrella's steady and eventual decline. The villains shown are still connected to Umbrella, but are either former employees trying to get payback (Duvall), opportunistic crime lords seeking weapons of power (Javier), or are the last members of the old guard of Umbrella still trying to hold itself together (Sergei).


More factions start coming into power on the heroes side as they join and create groups aimed at fight Umbrella directly, becoming active aggressors instead of victims trying to stay alive. Examples being Leon and Bruce (Stratcom) and Chris, Jill, and Barry (PBCU).


The settings and locations have now started to branch out from merely Umbrella owned lab sites with Javier's hideout and the village Manuela's hides in in DC.


With each entry, Umbrella takes a major blow and shows them on the backfoot until the events of UC where through the simultaneous efforts of Chris, Jill, and Wesker, Umbrella collapses and ends this mini-arc. And opens the major storyline line after.


After Umbrella's dismantling, the focus is now on various groups of villains using and creating their own viruses/bioweapons. Plotlines involving subterfuge and intrigue become more relevant, with multiple groups being involved, some of them even being heroic ones. The military aspect hinted at and only really talked about in files is now full front here. With multiple terrorist groups manufacturing and deploying these monsters on actual battlefields and engaging in combat.


The heroes by this point have well established groups spreading across the globe dedicated to fighting bio-terror. The BSAA, founded by Chris and Jill, being the most prominent one and the one this arc focuses heavily around with characters and the group itself making an appearance in 8 out of the 11 mentioned entries that make up this arc. Though the DSO comes in later in the arc, the government plays a major role in fighting bio-terror with its own agents, mostly in the case of Leon Kennedy. The cast is mostly filled with experienced special agents, soldiers, and mercenaries armed to the teeth and fully prepared for what they're heading into (most of the time anyway).


And younger characters who were children or related to other characters (Sherry, Moira, Jake) at the time of the previous arcs events have grown and taken center stage as main protagonists. Becoming something of a next generation from the first era.


The settings are now global and have next to nothing to do with Umbrella and take place in completely unrelated locations. Some of these locations switch routinely throughout the game. The outbreaks themselves have also scaled in size with three cities having fallen due to outbreaks compared to the 1st arcs two. The threats have also become more world focused with several antagonists goals focused on controlling the world, destroying the world, or both.


More focus is put on the faces and humans who do these acts good and bad and persistent themes of Humanity and its foils/dark side (such as revenge, obsession, fear, god complexes, so on) and battle fatigue/weariness pop up. Especially near the end of the arc. Anther side effect of this is that there are more monster enemies and characters who gain powers instead of mutating that keep their personalities and sense of self even after transformation in these stories, more so than in the past entries. Ex; Wesker, Sherry, Natalia, Mary Grey, Carla, Piers, Simmons, Jack Norman, Buddy, Bindi, Glenn and his crew in Ven.

It's uncertain what the next arc in the series will be about. Some speculate that it will be a repeat of the first arc with Umbrella in power again and the heroes stuck as civilian survivors aiming to stop the threat. Others think it might just be a continuation of the last arc with nothing of note really changing. Whatever the case, since the pattern has held true that 3-4 main numbered games will consist of the arc, we should expect to believe that 7-8-9 will form this new arc. If there even is a new arc. But discuss below on what you think of this theory/analysis.


The ones that don't at all; Voice of Gaia, the live action movies, the comics (not mangas), The Experience (potentially), The Elegant Beast of the North Sea (potentially).

If there's one thing I hope for in the future arcs it's a mainstay villain, even if behind the scenes like the old Wesker. I feel like all of these references are intriguing, but something is missing. @dvader made a good post about this.

Why is re4 in bioterror arc? There isnt any bioterrorism event happening at that game. I think it's more fitting for a new story arc called " Umbrella's revival " . Re4 started this whole " Blue umbrella " storyline after all and it seems to be expanded in umbrella chronicles, umbrella corps and re7. And only separate ways portion anyway not to mention krauser appears in both leon's and ada's campaigns; the main re4 story doesnt even have a story other than ashley annoyance.

The " bioterrorism " angle started with umbrella chronicles btw by wesker selling the perfected t-virus on the black market to create an age of bioterrorism while planning to revive a larger and stronger umbrella to perpetrate and veil his ultimate goal of mass extinction and forced evolution. I wished this was included in the game though instead of the novel.
You must log in or register to reply here.
Share:
Facebook Twitter Reddit Email Share Link
Top Bottom