Caffeine Addict said:
The atmosphere in that particular remake is unparalleled.
Click to expand...

Also I think it’s pretty incredible how the outbreak engine is so detailed, almost looks pre rendered. Compared to CV it’s night and day and not that far apart year of release wise.

mert20004 said:
I personally prefer the mansion in re1 over remake. I like remake's faithfulness as well as atmosphere during its environments but the mansion in 1996 feels more like a lively place with more charming environments.
Click to expand...

It definitely has a unique feel, I've always felt this way. The color palette and design is retro weird and in its own way very eerie. REmake is very much just scary in comparison, but in a more traditional sense. I love both for their unique settings.

I love them all but my favourite is without a doubt bear commander. I just love assault rifles with grenade launcher attachments. Degeneration and vendetta also feature ones like that. Us army soldiers wield one and leon also picks one from one of the deceased rangers' corpse where he shoots a grenade from the weapon in order to make debris collapse on curtis' mutant form while chris finishes arias' mutant form with a grenade from his assault rifle's grenade launcher part in a stylish finisher like that.

I like the intro of dead aim along with its soundtrack. A few aspects ı like in that game.
C

The save room theme is so relaxing. On YouTube, a lot of people include it in their podcasts. I haven't played it in years, however.

I want to talk about character and story development. Imo;

The game with the best story and character development as well as character dialogue and voice acting: Re6

I like how richard and finn are voiced by the same va in both umbrella chronicles and re6, yuri lowenthal. Both of their sacrifices are quite tragic, even if former's death happens off-screen judging by rebecca's face expressions.

I really like richard in umbrella chronicles. His dynamic with rebecca during nightmare parts is pretty cool. I wished something like that also happened in both remake and re0.

As for finn, ı like the parts where he plants explosives to destroy anti-air guns and knock doors. I also like his admiration for chris, his " Is he always this awesome? " line he says to piers is pretty cool. Even piers notices it.

They also have notes as special files. Rip...

George's " You're worse than my ex-wife! " line is hilarious. It gives me a good chuckle. I think they also reference this in re6 with jake's " More like an ex-girlfriend. " line to leon after ustanak appears.

" More like an ex-girlfriend. Guy doesnt know when to quit. "

Marvin in the second Outbreak game, having a bigger role to set up how he got infected and remained behind, is very much appreciated from me.

I like nikolai's cameo in decisions, decisions scenario. He's very sinister there just like in re3. Him shooting greg in the head after his " Farewell. " line is pretty neat. 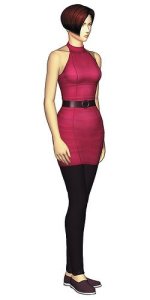 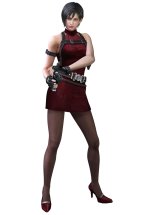 I love these 2 outfits for ada equally. I love how her og outfit was an unlockable outfit for ada as an ex3 variant in re6 while the one she wore in chronicles games was brought back from re4 mercenaries.

For her og outfit; it bothers me that it's never brought back again other than in re6 as an ex3 variant. I wished these outfits were brought back as unlockables in more entries.

I love ada's theme in re2. Re6 bringing that back makes me so emotional.

I love these 2 lines groups in re6:

Ada: Bingo! There's my little power switch, now ı just have to figure out how to get to it.

Leon: Bingo! Thanks for the gift ada. ( After using the family ring ada gave to him due to remembering it. )

I think these are a good reference to re4 where the line was said by leon.

Leon: At least the wipers work!

Sherry: At least the elevator works!

I love how sherry's inspired by leon's humor here. A small touch but still a pretty good addition imo.

Bruce: Sorry but my dance card is full.

I like the credits theme of dead aim. It's so cool ı think.

The silenced handgun in dead aim is pretty good imo. The silencer takes no space unlike re4 along with re engine 2 and 3 as well as critical headshots.
C

I really love how this guy "NightCrawler" has the balls to speak up about Capcom.

I especially agree on the Lady Dimitrescu comments, among other points he made.

He reminds me of the YouTuber called Nemesis, before Nemesis changed.

I love RE1-CV for the consistent storytelling between each game that actually built up to something. RE5/6 were the Endgame of RE I feel and everything after that is filler. But even filler games can have their merits and be enjoyable. RE forever <3
C

I think Outbreak should be revived for modern consoles. They're arguably the only spin offs that feel remotely like the older RE games, and the gameplay was hard and challenging. So you kind of need a real partner with you. This is also a great game because you get to go to so many places in Raccoon City like a zoo, a lab, a forest, and a lot of other buildings and streets.

But they just had to soil it with what came later. Operation Raccoon City. Umbrella Corps. Uh!