What are your thoughts on this?

I'm curious. I would of honestly preferred an Evil Within 3 over this but I guess I'll wait to see some gameplay. The trailer looks a bit creepy and I think it has potential so it could be cool.
C

Same here. Expect to see a new trailer at the next E3. I bet it's still in early development. ?

Spera01 said:
I'm curious. I would of honestly preferred an Evil Within 3 over this but I guess I'll wait to see some gameplay. The trailer looks a bit creepy and I think it has potential so it could be cool.
Click to expand...

My reaction in a nutshell.
C

The gathered information about the game itself.


1-According to creative director Ikumi Nakamura, GhostWire isn't like the survival-horror games that Tango Gameworks is known for. Nakamura said during Bethesda's press conference that we will meet a number of spirits, "some dangerous, some peaceful" as we take on conspiracies and the occult in Tokyo. 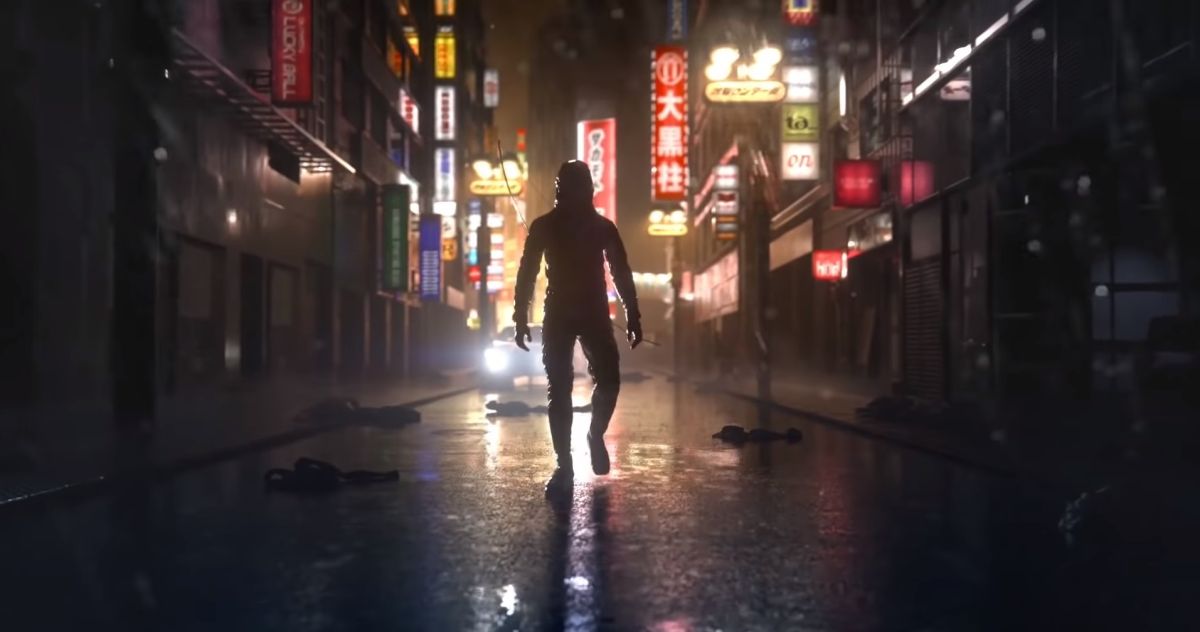 GhostWire: Tokyo: everything we know about the spooky action thriller

GhostWire: Tokyo is a spooky new action adventure from the creators of The Evil Within.

2-In GhostWire: Tokyo, people are vanishing into thin air and it’s going to be up to you to find out why. Mikami said: “you will fight paranormal enemies and rid the city of a supernatural evil.” Part way through the trailer, we can see people in a shopping centre disappear, leaving only their clothes behind. We also see strange, creepy figures with umbrellas, and for a split second, one of them is able to make someone on the ground vanish. How mysterious. Nakamura explained that “you have to explore the world and face challenges to uncover the truth and save humanity.” Sounds like quite a tall order, doesn’t it? It looks as though we'll be playing the masked figure with a bow on their back who has supernatural abilities, like the one that lets them send out some kind of force field around the city. It’s not absolutely clear just who this figure we’ll be playing is just yet, but you are said to be armed with your own mysterious abilities that no doubt help you avoid getting caught up in the vanishing act.

As Nakamura said, GhostWire: Tokyo is a new kind of action-adventure game: “It’s spooky, but not the survival horror we are known for.” The Evil Within is a linear survival horror that plays out in third-person. Even if GhostWire is departing away from the horror genre to deliver a different kind of spooky, it could still very well be in third-person. The fact that we’ll have to “explore the world” might also suggest it’s more open in comparison. Whether it’s an out and out open-world remains to be seen, but it’s certainly possible. GhostWire: Tokyo - Everything we know so far about Tango Gameworks latest project

Get as enthusiastic as creative director Ikumi Nakamura about GhostWire: Tokyo with our round-up of everything we know so far


from interviews, it seems like a ghost hunting game reminds me of this

It's by Shinji Mikami, so I'll cut it some slack. He has never disappointed in the horror department. I will agree though that I was eagerly awaiting news about the next The Evil Within game, so not getting that got my hopes up again.

I remember playing Ghosthunter years ago. That really takes us back!

Caffeine Addict said:
What are your thoughts on this?

It's still a bit early to give an opinion on it, but I think I know of a '60s Japanese horror film that has the same Yoshimitsu type mask in it.

Sorry my first response was quite blunt I was commuting.

The game looks really bad story wise - I mean from what little story we know true.

But I have next to no confidence in Mikami anymore.

It’s strange how back in 99’ he took the reigns for Dino Crisis rather than work on RE 2/3.
He bounced back in 2002 obviously but yeah, his glory days are over and he is washed up.
C

According to "Nemesis" on YouTube, the Resident Evil franchise really belongs to Shinji Mikami. But Shinji may not own GhostWire: Tokyo either, because would it not be Bethesda?

Um... I think that if you do a game, and a company has the rights to it thereafter, it's still your ideas, of course, but they still own these IPs.

Like how Sylvester Stallone is bitter over not owning the rights to the Rocky series, but he still in fact is the guy who made Rocky Balboa.

Mikami doesn’t own the series in anyway, shape or form.
He didn’t even write the original game.
C

Who did then? Shinji Mikami did a great job with the remake. The day they do a game like that again, I'll be so pleased with their progress.

Kenichi Iwao - I linked an outstanding interview from him regarding his experience writing the game among other things.

REmake is indeed the greatest game ever made.

WR is right - Mikami wanted RE to have no story and to be about cyborgs. Kenichi Iwao is essentially the father of the story - he created the characters, Umbrella, the virus, etc.
But Iwao doesn't own it either - a lot of different writers and developers have expanded upon the series since then. It takes a lot of people to create a game, especially a game series.

Mikami, being the director, organized things. But he didn't create any of the things that make RE1/REmake great. For all I know, the same could possibly be said of TEW.

A lot of this Mikami-obsession in the fanbase came from TEW marketing, calling Shinji the "creator of RE" because it sounds impressive. Plus, being director, his name is more prominent in the credits.

I really mean no personal disrespect to Mikami, and he's probably contributed a lot, but the father of RE he is not.
C

I think The Evil Within is a great horror game, along with its sequel, and it has just about everything you could want in a survival horror game. Improved controls, awesome graphics, a crafting system, and it is actually a scary game. Yet a lot of people are like, "RE is still teh best ever. TEW is a poor man's RE substitute!!!111"

Boulderdash! Both this and The Last of Us have impressed me so much, to the point where they have almost overtaken RE as my favorite series, because until 7: Biohazard, RE hadn't been a terrifying franchise in what felt like 100 Y-E-E-E-E-E-A-A-A-A-R-S. The only good ones were 'Revelations' 1 and 2, IMO. The others were just... meh.

Anybody who thinks RE6 was scary is... I don't know. Easily scared perhaps? RE6 was just NOT scary at all.

I am most intrigued.

It's nice knowing that Nakamura finally got her directorial debut

Anybody who thinks RE6 was scary is... I don't know. said:
Yeah - RE 6 is not scary whatsoever.
Click to expand...

Rikitatsu said:
I am most intrigued.

It's nice knowing that Nakamura finally got her directorial debut
Click to expand...

Good to see you. Out of all the threads I knew I’d find you here.