Doesn't anyone draw? I do not believe. Any fan has sketches and notes.

That's very nice! Looks like the inverted color version of a real image! What else have you got?

I can't draw for shit and I'm certainly not an artist but I of course love to browse RE fan art. My favorites are the ones with the characters, though. I used to ship Metaltango (Krauser/Leon) when I was a teenager (still kinda do haha), so I really appreciate art that shows the two of them together. Come to think of it, I just stumbled across this one a few weeks ago for the first time... and just in time for the upcoming US election, I might add! :

I might not be able to draw, but I guess I do have some writing ability; though it's mostly academic/professional writing that I'm good at. I tried writing an RE fan-fiction a few years ago, but never quite got it going. It involved Krauser coming back shortly after Wesker's death in RE5 and trying to restore Umbrella to continue the legacy. It was also a love triangle between Krauser/Leon/Ada. I really wish I had the skill to write narratives, but unfortunately I just don't. I'm not a natural storyteller, so it was hard for me to flesh out the story. Plus I also didn't really have the time, since I had just started college.

A couple of other fanarts that I've recently found that I like:

Unfortunately, I didn't draw for many years due to depression. I need to spend a lot of energy to draw, and I didn't have that kind of fuel. But lately I've started to get over it slowly and have returned to drawing.

I only have this portrait, but it's not about Resident Evil. And I didn't finish it, though: 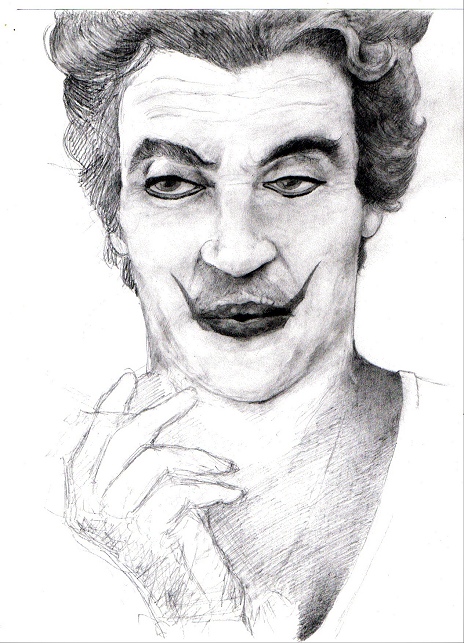 But I can show you my old drawings: 2. Christ. XD This was long before Resident Evil 5: Hehe, nice! I hope that drawing will help you cope with depression!
R